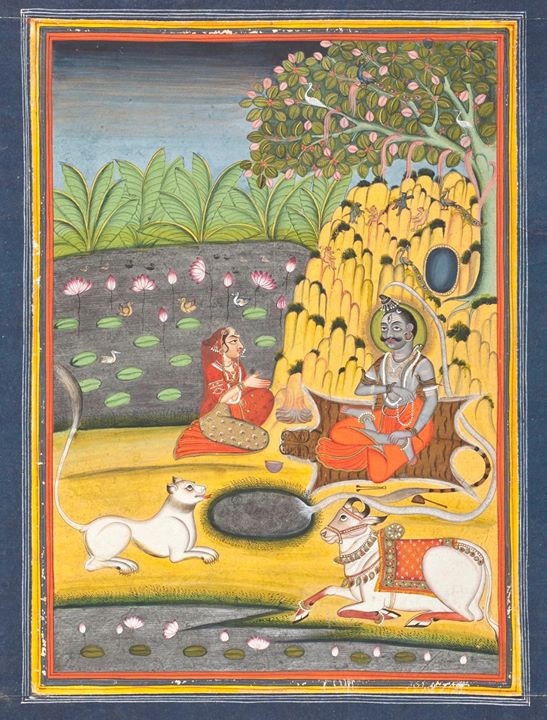 Shiva Samhita is a Sanskrit text on yoga, written by an unknown author. The text is addressed by the Hindu god Shiva to his consort Parvati ("Shiva Samhita" means "Shiva's Compendium"). It is one of three major surviving classical treatises on hatha yoga, the other two being Gheranda Samhita and Hatha Yoga Pradipika. The Shiva Samhita is considered the most comprehensive and the most democratic treatise on hatha yoga.

Mallinson says Shiva Samhita exposes a yoga teaching yet also calls itself a tantra; he also describes it as an eclectic collection of yoga lore. Shiva Samhita talks about the complex physiology, names 84 different asanas (only four of which are described in detail), describes five specific types of prana, and provides techniques to regulate them. It also deals with abstract yogic philosophy, mudras, tantric practices, and meditation.It emphasizes that even a common householder can practice yoga and benefit from it.

The first chapter mentions various methods of liberation and philosophical standpoints. The second chapter describes the nadis, the internal fire, and the working of the jiva. The third chapter describes the winds in the body, the importance of the guru, the four stages of the Yoga, the five elemental visualizations and four asanas in detail. The fourth chapter deals with the eleven mudras that can result in yogic attainments. The fifth chapter is the longest and most diverse—it describes obstacles to the liberation, the four types of aspirants, the technique of shadow gazing, the internal sound, the esoteric centers and energies in the body (such as the kundalini), the seven lotuses, the "king of kings of yogas", and a global mantra.

There is so much of AVATAR MEHER BABA Literature to be read by every one invariably. Some Literature is kept in Internet for reading & downloading. This Literature is not kept in public Book Stalls anywhere in India; but available only at certain places like MEHERABAD & MEHER BABA Centres in all places in India & in all Countries. The Literature is Rare & unique. If you obtain that Literature & put for sale in your Stores, people will definitely purchase. Please think over.

thank you for the information.change do not over do yog