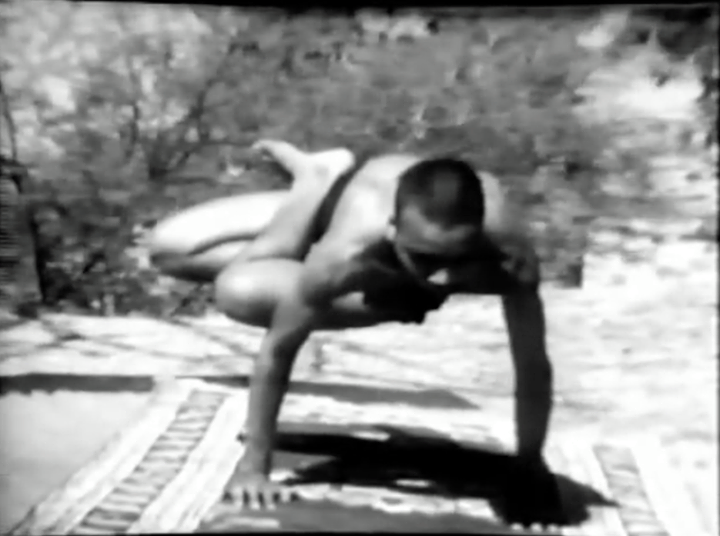 Krishnamacharya taught yoga for nearly seven decades. He started teaching yoga under the patronage of the Maharaja of Mysore in the 1930s. Indra Devi, B.K.S. Iyengar, and Pattabhi Jois studied with him during this period.

The silent film from 1938 contains the yoga practice of Krishnamacharya, his wife and children, and B.K.S. Iyengar, who was also the brother of his wife.

An analysis of this 1938 video will reveal that Krishnamacharya’s teaching was based on this principle — “Teach what is appropriate for each individual.”