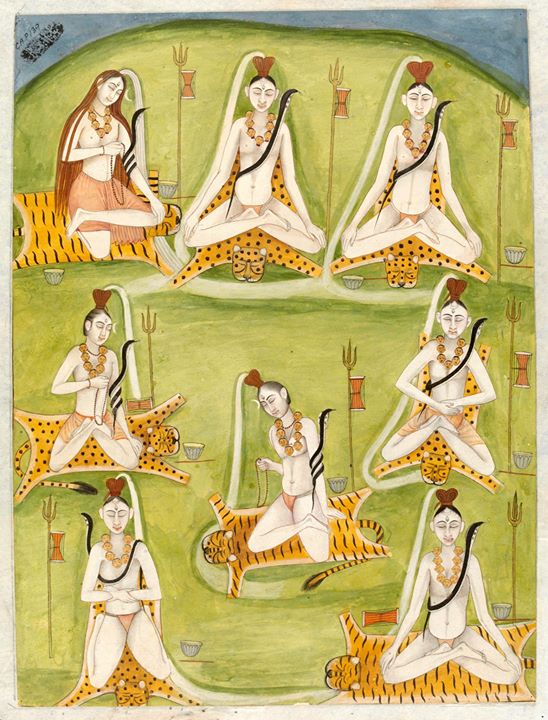 Digital Rare Book:
The Hatha Yoga Pradipika of Svatmarama
With the commentary Jyotsna of Brahmananda
Published by The Adyar Library and research Centre, Madras - 1972
First published in 1893

The Ha?ha Yoga Prad?pik? (Sanskrit: ha?hay?gaprad?pik?, ??????????????) is a classic Sanskrit manual on hatha yoga, written by Sv?mi Sv?tm?r?ma, a disciple of Swami Gorakhnath. It is among the most influential surviving texts on the hatha yoga, and is one of the three classic texts of hatha yoga, the other two being the Gheranda Samhita and the Shiva Samhita. Another text, written at a later date by Srinivasabhatta Mahayogaindra, is the Hatharatnavali.

The text was written in 15th century CE. The author, Sv?tm?r?ma, incorporated older Sanskrit concepts into his popular synthesis.

The Ha?hayogaprad?pik? has been translated into English more than once.

The Ha?hayogaprad?pik? consists of four chapters which include information about asanas, pranayama, cakras, kundalini, bandhas, kriy?s, ?akti, n???s and mudr?s among other topics. It runs in the line of Hindu yoga (to distinguish from Buddhist and Jain yoga) and is dedicated to ?r? (Lord) ?di n?th? (Adinatha), a name for Lord Shiva (the Hindu god of destruction and renewal), who is believed to have imparted the secret of ha?ha yoga to his divine consort P?rvat?.

Y the change in dress style? Any suggestions?