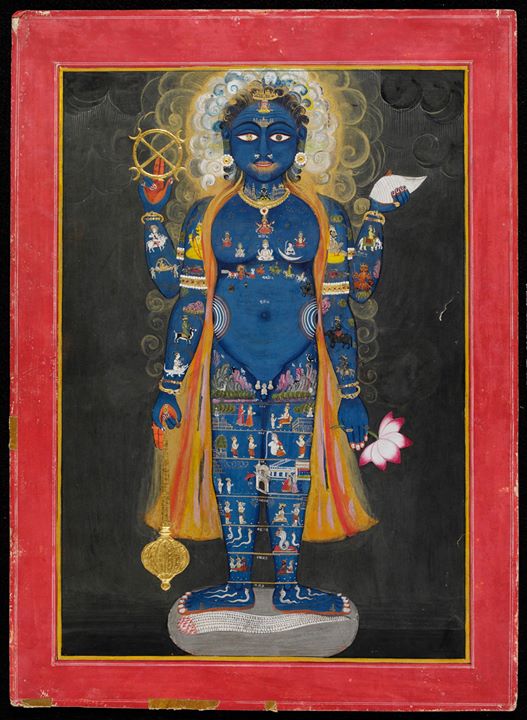 This striking painting shows the blue-skinned Hindu god Vishnu in his form as the Universal Form or Vishvarupa, which means 'all forms'. The small figures painted on his body refer to his role as encompassing all of creation. He has four arms, each holding one of Vishnu's attributes; a conch shell, a lotus flower, a mace and his circular weapon - Sudarshana chakra.

One of the rare Vishvarupa vishnu.This theme became popular slowly among the Rajasthani & Pahari artists. Representing the whole universe in single body,lead the artist to paint with new imagination. One of the example is one Jodhpur painting. Chakras of the Subtle Body,1824 CE,folio 4 from Sidh Siddhant Padhati. Its very interesting to see,how the artists took inspiration from The Jain cosmological paintings. As,Jains were spread in the western india & had connections with the Royal families of Rajasthan,there are possibilities that their art spread wide & gave birth to the monumental manuscripts,which we see now.