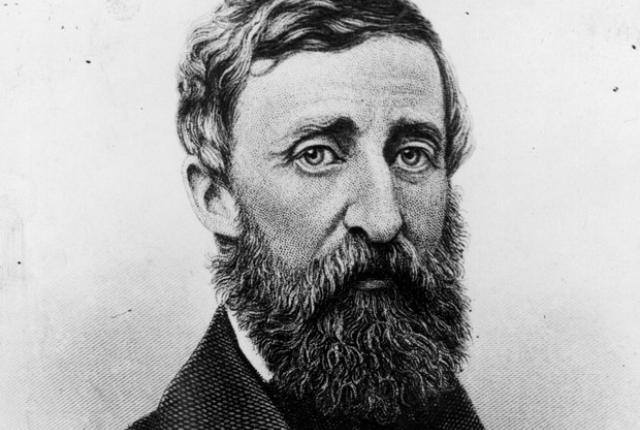 Digital Rare Book:
Walden or Life in the woods
By Henry David Thoreau
Published by Ticknor and Fields, Boston - 1854

Henry David Thoreau is a man of many titles. In addition to being widely-revered as one of America's great writers, he also sharpened his credentials as an accomplished abolitionist, naturalist, and philosopher over the course of his brief life. But "yogi" isn't a distinction many of us associate with the legendary author.

Thoreau's interest in yoga likely began in the library of his friend and colleague Ralph Waldo Emerson. In the latter's extensive book collection, Thoreau's eye was caught by a Hindu text known as Manusmirti. "I cannot read a single word of the Hindoos [sic]," he wrote, "without being elevated."

He was particularly taken by what he described as "solitude and the meditative life in general" and began devoting himself to the practice of yoga while residing near Walden Pond in Massachusetts during his late twenties. The area inspired Thoreau to write a collection of romantic and naturalistic essays simply entitled Walden in 1854..

The compendium recorded some of his successes in practicing yoga, although not without turning the heads of a few of his neighbors. According to yoga historian Stefanie Syman, several of the local residents dismissed him as a “misanthropic hermit” after observing his antics, which often involved sitting cross-legged at the doorway of his cabin from sunrise to noon. To Thoreau, this was anything but the waste of time many onlookers took it to be. In characteristic eloquence, he said of the spiritual experience: “This was not time subtracted from my life, but so much over and above my usual allowance. I realized what the Orientals meant by contemplation and the forsaking of works.”