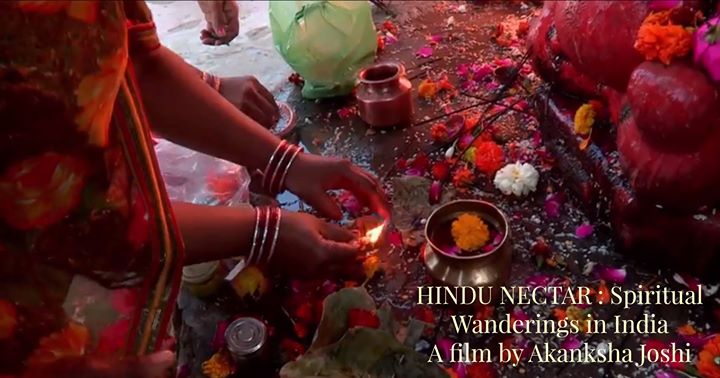 "Sanathana Dharma challenges us with the vastest, most incomprehensible challenge of acceptance - by providing no rules, no limits and no boundaries, it establishes no concrete territory as it's own, while simultaneously embracing every piece of everything as a part of it. It challenges us to accept every single thing - every single aspect of every single part of life. It challenges us to accept what we have not yet imagined, and even that we have not yet faced. Everything just is. This means that there is no positive or negative end of a spectrum - there is just a spectrum. And to be liberated is to embrace the spectrum, and to be a part of it.

Still, despite that there are no boundaries or default guidelines, it's not as if we've been thrown in the ring, to fend for ourselves in this flawed and infinite space. It doesn't feel like we've been left unarmed, with a mission to embrace all - even that which seeks to harm us. The fact is, there is a sort of unstated guarantee - that it is beautiful and that it is perfect. The imperfections only contribute to the whole, and the whole, by nature of itself, is perfect - not despite the imperfections, nor because of them - but because the whole is everything. And everything just is."
- Aishwarya

It is indeed heartening to sense the incredible clarity with which Aishwarya - who comes from a young generation of Indians, in her early 20s - sums it up. Its fresh and warm. Quite like the Sanatan Dharma. Thank you to her and to RBSI for the share!

Thank you Akanksha Joshi for making this masterpiece! It has inspired more people than you can imagine!

Just watched it. Beautifully made. Thanks to Akanksha Joshi for making it and thanks to Rare Book Society of India for sharing about it.

Excellent documentary!!! Makes us realise of the rich culture heritage & magnetism that our Country and Hindu religion has!!! Proud to be an Indian & a Hindu which is so rich!!!

I am certainly going to see it.

Beautiful n thanks to director

Brilliant..I would lyk to see more such documentaries. Thanks a ton!!

Where i can see it.DVD available? Where

Thanks Aakansha...i just loved your efforts in solving some of the most important concepts of Hinduism...

iwant to see the cd pls... whr do i get it from