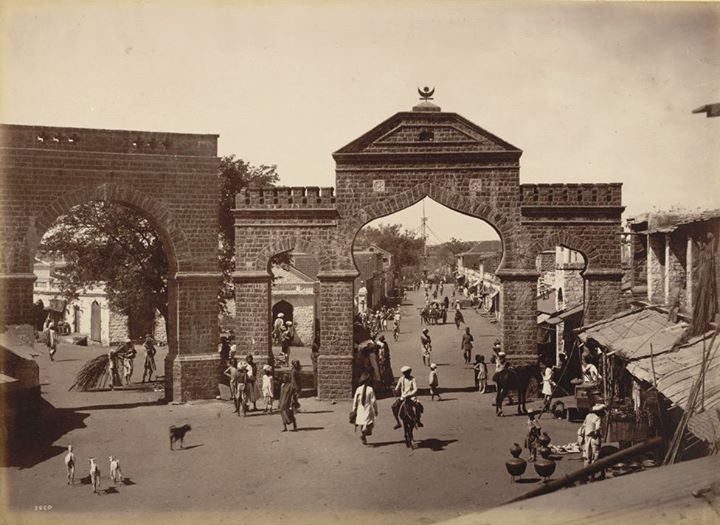 Photograph of a street scene in Gulbarga, from the Curzon Collection: 'Views of HH the Nizam's Dominions, Hyderabad, Deccan, 1892', taken by Deen Dayal in the 1880s. In the early 14th century the Deccan was occupied by Muhammad Tughluq (r.1325-51) who brought the entire region under the rule of the Delhi Sultanate. Later in the century Gulbarga became the capital of the Bahmani kingdom (1347-1527), a newly founded independent state, until 1424 when the capital was transferred to Bidar. The Bahmanis ruled over most of the Deccan until the late 15th and early 16th centuries when the kingdom was divided into five independent states. In the 17th century Gulbarga was annexed by the Mughal Emperor Aurangzeb (1658-1707). The Mughal governor of the Deccan Nizam-ul-Mulk founded the Asaf Jahi dynasty, known as the Nizams, in 1724.

Is this your hometown or near it?

So proud of my country India,so much histories.Proud to be an Indian from Kolkata,West Bengal.

I am Loving this Time-Travel Pic.... Great !