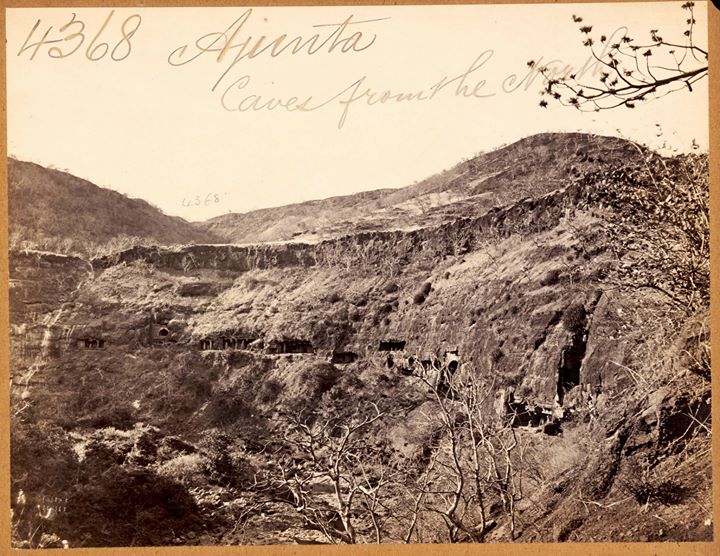 Essay:
Short Chronologies at Arm's Length: Ajanta & Beyond
By Sara Weisblat Schastok
as published in the ARS ORIENTALIS SUPPLEMENT

THIS ESSAY, originally offered during the 1990 Association for Asian Studies meeting at the invitation of Robert Brown, posits that Walter Spink's short chronologies for Indian rock-cut architecture have led South Asian art history away from British scholarship on India in the important dimension of historical time and that they have shaped a generation's attempts to understand distant centuries. In developing the perspective that the short chronology is an intellectual phenomenon of our time, I purpose to push back from the heavily laden table of specific short chronologies and to look at them, at arm's length.

THE HISTORIAN of Indian art can scarcely avoid some immersion in chronological studies as there are relatively few dated objects from ancient times, but looking at this approach to art from a distance offers a broader sphere in which to evaluate these efforts.

The customary approach to Walter Spink's work is with questions along the lines of the following: "Is Spink's short chronology correct? Or is the old long chronology really still right?" But from an arm's length perspective, different questions come into focus: why are there so many long chronologies inherited from the British period and so many shortened chronologies being offered in their stead? What picture of India was received by postwar and post-Independence scholars as South Asia studies emerged from their British colonial preserve?

AJANTA, a site discovered by a British officer on a tiger hunt in 1819 and the primary focus of Walter Spink's research, has been said to have been excavated over the course of more than 100 years extending from the fifth century into the eighth century of the common era. The appearance of figures clad in Persian dress in Cave 1 has been linked to a specific historical occurrence and cited as proof to anchor an extended chronology for the site.

Such a way of approaching the site, with assumptions about date and duration determined prior to a consideration of the objects themselves, is what I shall call the "arbitrary chronology." The arbitrary chronology - typically extending the history of a site - is inseparable from British scholarship on India. Thomas Metcalf summarizes influential attitudes held by Ferguson and others in An Imperial Vision. The assumption that India went steadily downhill from the peak of her art, from periods when her art was "ennobled" by Western influence, to periods o indigenous Indian forms associated with Hinduism, has greatly influenced the history of India's art: An arbitrary chronology of Gandharan art placed those more "classical" images earlier - and better - than those with more Indic features. Early Indian art is still widely conceptualized and taught as the history of Buddhist art "giving way" to Hindu art, even though, for example, the history of Skanda-Karttikeya and Parvati Panch-Agni Tapas images extends back into the Iksvaku period in south India and Brahmanical images in the north are among the earliest representations of deities in human form in India.

The flavor of European cultural assumptions is most immediately evident in these instances of arbitrary chronologies, but Metcalf's evaluation of the Raj encourages art historians to see both the arbitrary chronology and its subcategory, the extended chronology, as part of a common cultural context:

[In the wake of the 1857 uprising] . . . the British were determined to know, and so to master, their Indian dependency; and hence they set on foot that search for knowledge of India and its peoples that informed so much of the later-nineteenth-century imperial enterprise and underlay such works as Ferguson's History of Indian and Eastern Architecture. . . . At no time, however, did the Victorians' apparently disinterested search for "scientific" knowledge, or their aesthetic eclecticism, exist in India apart from the power relationships of colonialism.

Metcalf advances the view that it was not a close study of ancient Indian monuments themselves that led to assessments of India's progressive mediocrity but rather a need to justify British presence in, and control over, India in the nineteenth century that so colored the past. In no samll part through the vehicle of its craft, India was consistently presented in England as an unchanging traditional society, as in this review of the Indian section of the 1886 Colonial and Indian Exhibition from the Times in 1886:

At a single step, the visitor is carried from the wild, mad whirl of the individual competitive struggle for existence to which civilization has been reduced in the ever changing West, into the stately splendour of that unchanging antique life of the East, the tradition of which has been preserved in pristine purity only in India.

The construction of a dynastic history of India - with the British Raj at the cultural and architectural pinnacle - was a fundamental rationalization for the imperial presence in India, and the neat pigeonholing of objects attached to those periods a natural consequence of it. The alleged ineffectiveness of the Indians at accomplishing their own ends (the stagnant society image) was extended to the past in order to justify the present order. According to this analysis, long, extended chronologies should be seen not as a byproduct but as an integral part of British thinking on the subject of ancient India. in this intellectual/political apparatus created for the presentation to a British public of an India fit to be a subject territory, it would not be assumed that projects of ancient Indian rulers were completed with purpose or on a schedule.

Indian scholars, too, have been among the avid proponents of some long chronologies. U. P. Shah's dating of the Samalaji sculptures and the preoccupation of this noted scholar of Jain iconography with dates for these images is the example with which I am most familiar. Seen in the context of his time, Shah's work was, I suggest, affected by British approaches to Indian art on the one hand and by Indian political realities of the early post-Independence period on the other hand.

British scholarship maintained its strong position in the 1950s, and good art was old art in the British scheme of golden ages and subsequent declines; the best art was that linked somehow to that of Europe; and originality - a place at the beginning of a tradition - the highest honor. thus in looking at the Samalaji sculptures, Shah sought to anchor them firmly in the fourth century, contemporary with at least some phase of Gandharan sculpture. He linked such features as the Samalaji sculptures' heavy scarves to the drapery detailing characteristic of Gandharan art, without consideration of the long tradition of luxurious folded sashes similarly represented in indigenous Indian sculpture, extending from the Bharhut railing figures to the Kushan period at Mathura.

This assumption of Gandharan "influence" happens to be an interpretation with which I have preciously stated my disagreement, but more to the point here, Shah's way of thinking about Samalaji style exemplifies, in part, a strong tradition of British and British-conditioned scholarship. Another prominent feature of Shah's scholarship on Samalaji, and one characteristic of early post-Independence scholarship in Gujarat, is the certainty that the stupa of Devni Mori located adjacent to the village of Samalaji - and now beneath the waters of a reservoir - was constructed in the late fourth century. Those Western scholars who have analyzed the same information have, in contrast, all dated the stupa somewhat later. At issue is not so much the date itself but the implications of such an early date for any site in Gujarat, The title of one Shah paper, "Western Indian Sculpture and the So-Called Gupta Influence," summarized the position of scholars at M. S. University in Baroda: Devni Mori, in Gujarat, was identifiable as the source of the more famous Mathura-Sarnath style.