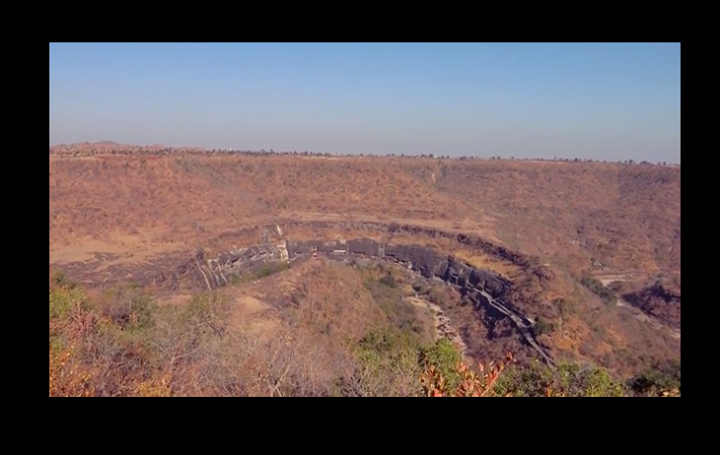 Essay:
Some Grey Areas in Fixing the Date of the Vakataka Phase of Ajanta Caves
By Rajesh K.Singh

Introduction:
This essay is a kind of historiography, which attempts to investigate afresh some of the vital points in dating the Ajanta caves of the Mahayana or Vakataka period. The need for the task has arisen from the fact that differing dates have been ascribed at various times, the latest being that of Waiter M. Spink. He has just published a series of six volumes on the subject. Although there is some acclaim for the novelty of his approach, there are points that require discussion especially as some experts dispute his conclusions. If the latest re-readings of epigraphists like Ajay Mitra Shastri become generally accepted, some portions of Spink's theories would be rendered untenable. Other than Spink there are few who have published research on dating Ajanta. That is why any exploration of the antiquity of Ajanta invariably involves reference to his work.

The Debate:
Ajanta caves have been dated in various ways since their rediscovery in 1819 by John Smith, a British officer who had happened to enter the region while hunting. They were excavated in both the Theravada and Mahayana phases of Buddhism. Theravada caves were excavated during the centuries immediately preceding and succeeding the time of the birth of Christ when the Satavahanas were ruling in the region, whereas the Mahayana caves have proved difficult to date. Initially many different centuries had been ascribed for this period. In fact, some three phases were delineated for the entire excavation.

Dunhuang, China & Aurangabad have signed some kind of a sister-city thing I hear on the recent trip. For those who haven't read this flowery but valuable essay by Lokesh Chandra., here is a link http://www.ignca.nic.in/ks_41023.htm