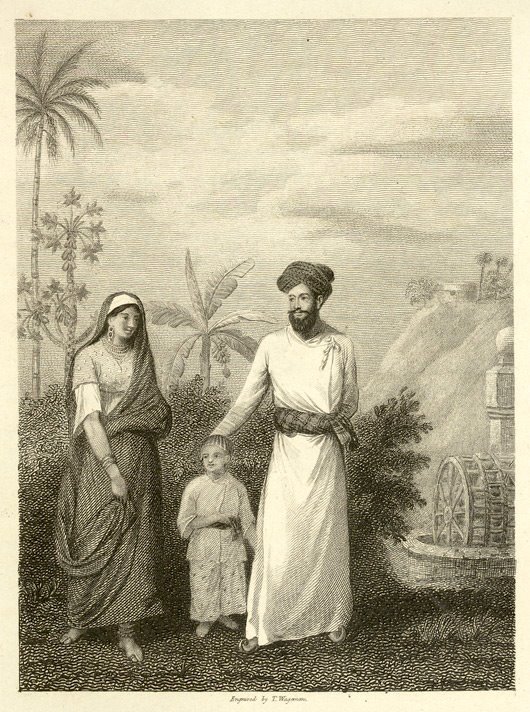 Digital Book :
Parsis of Ancient India
By Shapurji Kavasji Hodiwala
Published by the Author in Bombay - 1920

Image:
Plate twenty from the first volume of James Forbes'"Oriental Memoirs". Forbes(1749-1819) spent most of his working-life in India in Western India. Forbes compiled copious notes on the native inhabitants of this region which included the very distinct community of the Parsees. Forbes writes, 'The Parsees, descended from the Persian emigrants who left their country...and settled in Bombay...are a people differing very much in appearance and character from the Hindoos and Mahomedans, among whom they reside, and are in all respects perfectly distinct and separate...The background represents one of the common wells in India, with the Cocoa-nut, Papah, and Plantain trees, and a distant view of a Parsee tomb on Malabar Hill.'

I find the history of the Parsees so interesting

not only Parsees but History of India is most interesting..believe me