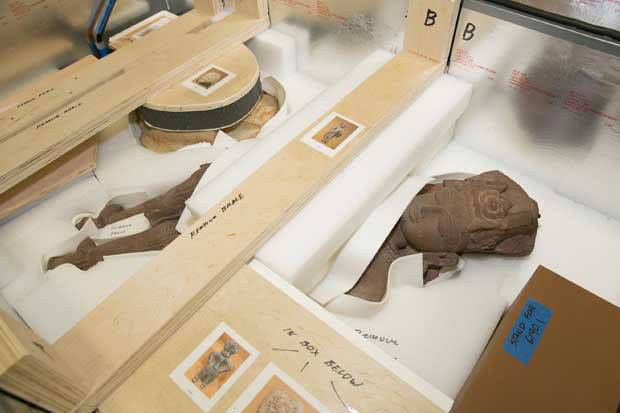 After the first part on how artefacts worth millions are smuggled from India because of the indifference of the authorities, the sequel looks at what happens to these lost Gods in an unending saga of shame.

Operation “Hidden Idol” that has resulted in the seizure of 2500 items would hopefully bring much-needed attention from the Indian authorities. Even these are only from one dealer and, that too, from just his standing stock. Despite a 2011 notice asking museums to review their purchases, not a single one has declared their suspect purchases on their own. Enthusiasts working with us have been trying to persuade them, but there are many more who are trying to delay the effort with the hope that the effort loses steam.

A person as notorious as Subhash Kapoor has only been charged with three cases of theft from Tamil Nadu: Sripuranthan, Suthamalli and Vriddhachalam. There is the glaring case of the Nagapattinam Buddha, which was claimed to have been marked for theft but saved by prompt action of the cops. However, the stone sculpture was already in America, adorning the cover of Art of the Past catalogue and even loaned to a Singapore museum for their exhibition “the Nalandha way” inaugurated by the then Prime Minister Dr. Manmohan Singh himself !

The overseas offices of the Indian Government fare no better either. After we reported in July 2013 that the Toledo Ganesha had actually been a smuggled one, the museum wrote to the Indian consulate and the Indian ambassador seeking help, but received no response for six months. Finally the museum handed over the Ganesha to the American authorities.

The Culture Minister has recently declared in Parliament that India is seeking the return of merely eight artefacts, all courtesy private efforts by core members of the India Pride Project. These artefacts include the Ohio Bronze Ganesha from Sripuranhan; couple of bronzes already in the custody of US customs related to the Sripurantan case; the Singapore Asian Civilisations’ Uma from Sripurantan; the massive $ 15 million Barhut Yakshi based on Dr. Kirit Mankodi’s investigative work; and, the Stuttgart Museum stone Durga from Kashmir for which a high level ASI delegation made an unsuccessful bid last year (maybe due to inadequate preparation as media reported a bronze durga and not stone !).