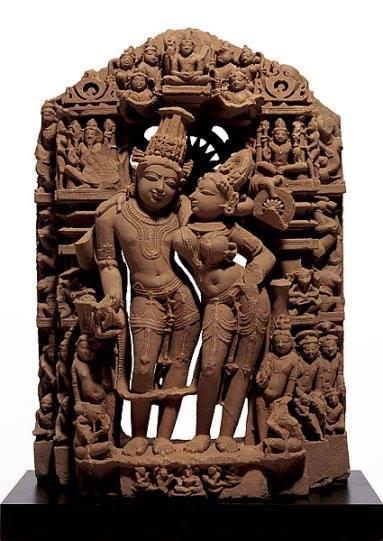 Article:
India Has Abandoned Its Gods
By S.Vijay Kumar
Swarajya

How artefacts worth millions are smuggled from India, and the authorities don’t seem to care.

A few days ago a US official revealed the full extent of “Operation Hidden Idol” which had recovered approximately 2,600 items worth an estimated 650 Crores ($100 million). This brought out the truth about scores of artefacts being stolen by just one disgraced art dealer, Subhash Kapoor. And this was just the number seized from his unsold stock in various storage lockers in America. Apart from this there are between 500–1000 objects held by various American museums, many of which are believed to be with unclear provenances (place of origin/source). It wouldn’t be unreasonable then to imagine that are thousands of other such objects, smuggled from India which are held in various museums, in various countries or are with various private collectors.

In any other country, information like this would’ve caused much furore. But in India, only a casual mention of the retrieval of a few pieces from Hawaii was made.

The information provided against Subhash Kapoor and his associates led to only 3 cases being filed against them. These are related to smuggling of idols from 3 temples in Tamil Nadu. Of the 30 items stolen, only 2, those of deities, have returned home. Those two – the Sripuranthan Nataraja and the Vriddhachalam Ardhnari have been retrieved from Australia, thanks to a private team of enthusiasts- the India Pride Project.

How an entire nation could’ve missed these important thefts is mind boggling. The arrest of one Vaman Ghiya and his associates in 2002 should have drawn our attention to crimes like this even earlier. Almost 10,000 artefacts are said to have been stolen and sold abroad by Ghiya and his associates. An association with Sotheby’s has been mentioned, although their involvement in the case hasn’t been determined. Yet, all this was forgotten or ignored when the Rajasthan High court acquitted Ghiya in early 2014.

Incidentally, the ASI and Ministry of Culture could not recover or even identify any of the objects he was accused of smuggling. These are part of a scathing CAG report as well.

Despite the rampant smuggling, India is yet to sign an MOU with the United States of America. Ironically, it is the USA which is utilizing its manpower and resources to identify and return these stolen artefacts. Even in the US, the case of the Toledo Museum’s Ganesha shows the total apathy of Indian officials to secure stolen artefacts.

"Indian" gods or "Hindu" gods? They aren't the same.

They are the same.

Hindu is a word coined by outsiders to describe and classify us. The sculptures discussed here are Indian? Rahul Sharmaji is right !!!

Don't worry. If they going out of India then they'd be safe.

Smuggling is the chief reason for continuing theft of idols from temples.

Such apathy on our part!

Sad state of affairs. When will we ever be able stop selling our soul.

Sadly this could also be happening in Nepal... today!

It show the cynical apathy of the current government which claims to be the defender of India's ancient civilization. Not the previous administration was any better.