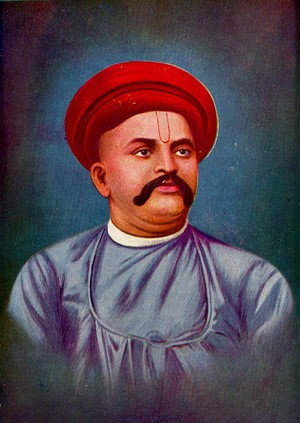 Vaman Shivaram Apte came from a well-to-do family in Konkan. In the Marathi State of Sawantwadi, in the small village of Asolopal (Banda Peta) his father was known as a noble-minded Pandit of high integrity of character. But his obliging nature brought the family to straitened circumstances at the time of his death, for standing surety for a friend. Vaman was then only eight years old. He was born in 1858 in the same village and had his primary education there.

The 'Guide' had become very popular and Apte himself revised the third edition of the book in 1890. Since then many more editions have been out.

Of all the books prepared by him the Practical Sanskrit-English Dictionary gave him a permanent name. This unique work, was brought out by him single-banded and its worth cannot be exaggerated. The author has given the plan and scope of this work in the Preface (which is embodied in the present revised edition) which speaks for itself. In its conclusion, he says, "I may be permitted to express the hope that the Practical Sanskrit-English Dictionary, which has attempted to give in 1900 closely printed pages of this size, matter at least equal in point of quantity to that given by Prof. Monier Williams in his Dictionary, but in, point of quality more reliable, varied and practically useful, in my humble opinion, will serve the purpose I have had in view in compiling it; namely, to render to the student of Sanskrit nearly the same service that Webster's or Ogilvie's Dictionary does to the student of English." This purpose, no doubt has been served, through all these years and quite efficiently.