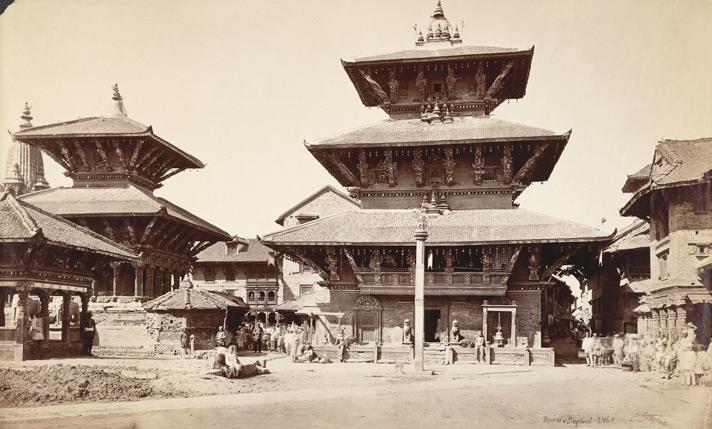 Photograph of the Darbar Square in Kathmandu, Nepal, taken by Bourne and Shepherd in the 1870s, from the Bellew Collection of Architectural Views. The largest city in Nepal, Kathmandu is the capital. It developed and prospered due to its strategic situation on the trans-Himalayan trade route. Much of its architecture and monuments date from the period of the Malla dynasty (c.1200-1769). Darbar Square is the quadrangle of the old royal palace, which is surrounded by temples and monuments.