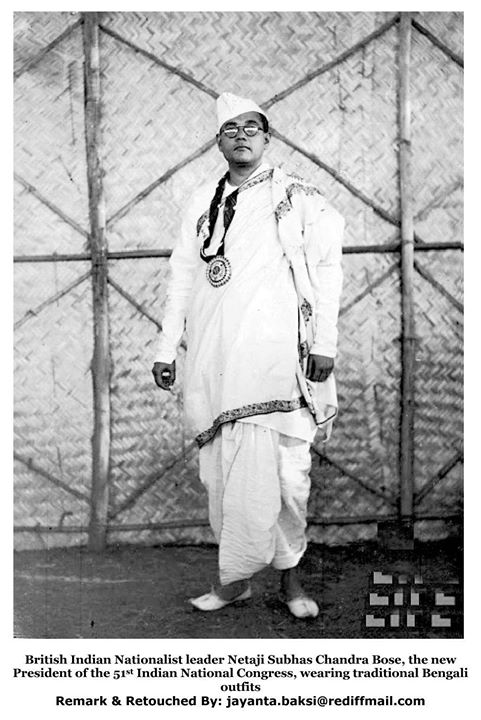 The Indian National Congress met at Haripura during February 19 to 22, 1938, under the presidency of Subhas Chandra Bose; he was elected President of the Haripura Congress Session in 1938. Sardar Vallabhbhai Patel had selected Haripura for the convention. 51 Bullocks' chariot was decorated for this very occasion. Noted painter, Nandalal Bose also created set of seven posters at the request of Mahatma Gandhi for the Haripura Session, while film director, JBH Wadia, of Wadia Movietone Studio, made a full feature length documentary of the Haripura Congress.
(Wikipedia)