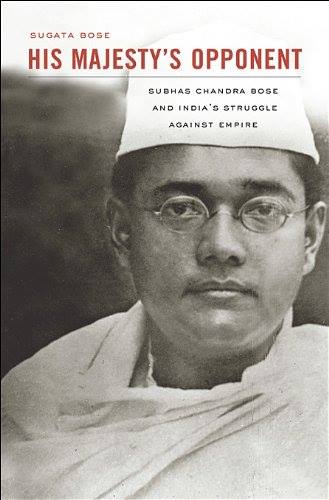 For any professional historian, the project to write the biography of a grand uncle is a challenging proposition. More so, if the grand uncle happens to sit in the pantheon of Indian nationalism. Sugata Bose, the grand nephew of Subhas Chandra Bose — popularly known as Netaji — was “hesitant about writing this book”. But he realized, “I would have to write it one day.” He knew too much about the man, the archive and the material concerning him to shrug off the responsibility of writing what, I believe, is and will remain the definitive biography of Subhas Bose.

Subhas Bose’s life is the stuff of legends. His life, especially his last few years, was cut to heroic proportions. He was born to relative affluence and, till he took a momentous decision in Cambridge University, his life, barring his expulsion from Presidency College, followed the same trajectory of many of his peers. The expulsion from Presidency was the result of Subhas Bose being accused of assaulting E.F. Oaten, a professor. Sugata Bose describes the incident and notes very significantly that later, “when prodded,… he simply smiled and did not give a direct answer.’’

If there is a degree of ambiguity about the Oaten incident, there is none about what Subhas Bose did in Cambridge. After he stood fourth in the ICS examination, he decided, for patriotic reasons, to reject the offer of being one of the “heaven born”. He returned to India to devote himself to what became the only calling he ever knew — the freedom of India from British rule.

It is from this point that both — Subhas and Sugata — take off. In the case of one, it is the political career and in the case of the other it is the narrative of that career. Immediately on landing in Bombay on July 16, 1921, Subhas Bose rushed to see Gandhi. On the latter’s advice, he hastened to Calcutta and engaged himself in Congress work and non-co-operation as a protégé of Chittaranjan Das. This led in December 1921 to Subhas Bose’s first of the 11 spells in British Indian prisons. Out of prison, Subhas Bose became the chief executive officer of the Calcutta Corporation. Later, he was to become mayor of Calcutta. Sugata Bose does not devote too much attention to Bose’s career in Calcutta Corporation even though it was the one area of Subhas Bose’s many activities that was not marked by success. He tried to clean up the organization but fell victim to the faction fighting that plagued the Corporation.

Calcutta Corporation was too small an arena for Subhas Bose. He emerged on the scene of national and Congress politics as an able organizer, a rousing speaker and an astute observer of international affairs. Sugata Bose’s skills as a historian and as a weaver of narratives are at their best when he links his subject’s career to three distinct layers: one is events at the national level, especially the movements that Gandhi launched, the Congress participation in provincial ministries, the complex problems relating to Hindu-Muslim relations; second is developments in Bengal politics in which his elder brother, Sarat Bose, whose financial and emotional support to Subhas was crucial, was a key player; and third, and very importantly, Subhas Bose’s personal life and intellectual development. The narrative of this book moves almost seamlessly among these three different and complicated levels. In terms of sheer craftsmanship and mastery over material, this is an achievement that will evoke the admiration and envy of any historian-biographer.

Subhas Bose, never short of courage, challenged the dominance of Gandhi within the Congress and in Indian politics. He was unique in doing so but he never lost his respect for Gandhi who in turn referred to Subhas Bose as his “rebellious son”. Sugata Bose analyses the growing rift between the two and notes correctly that “Bose was comprehensively outwitted and outmanoeuvred by Gandhi…during the spring of 1939.” Unwittingly, Gandhi may have done the rebel a good turn. He freed Subhas Bose to pursue his own vision and embark upon the most heroic phase of his life.

Sugata Bose’s accounts of the great escape from Calcutta and then the incredible submarine journey from Germany to Southeast Asia (with a change of submarines in the choppy waters of the Indian Ocean) are riveting. He admits that for tactical reasons Subhas Bose made a “pact with the devil”: such was the terrible price for the struggle for freedom. Sugata Bose notes, but he doesn’t make as much of the point as he should, that for tactical reasons Churchill and Roosevelt had also made their own pact with the devil in the shape of Stalin who was no less a monster than and with as much blood on his hands as any of the leaders of the Axis powers whose help Subhas Bose sought in his battle against the Raj.

Subhas Bose failed to bring his force into India; perhaps it was doomed to fail. He may have known this since he wept every time he sent his troops out to the front. What Sugata Bose reveals is the tremendous popular impact the INA had within India. Even Gandhi, no friend of Subhas’s methods, had to admit that “the hypnotism of the INA has cast its spell upon us.’’ It is worth pondering, though Sugata Bose does not pose this counterfactual, what would have happened if that air crash had not cruelly cut short his life and Subhas Bose had come back to India immediately after independence. How would Gandhi have greeted his rebel son who, like him, would have disowned freedom with partition and communal violence?

Sugata Bose also reveals that underneath the military uniform there beat a soft Bengali heart. No one knew this better than an obscure Austrian girl whom Subhas Bose married. The picture (taken after his father’s death) with this review says everything about that heart.

I love it that your "rare book" postings manage to relate to contemporary events, festivals, news etc. Keep it up.

People of India address Subhash Chandra Bose as "Netaji" 'रत्न' 'Jewel of Hindusthan', - President's Secretariat in 1992 wanted to confer 'Bharat Ratna' posthumously on Subhash Chandra Bose. The decision triggered much criticism and a Public-Interest Litigation was filed in the Calcutta High Court to revoke the award. The petitioner took objection to the conferral of the award and its posthumous mention of Bose saying that honouring a personality higher than the award is "ridiculous" and was an act of "carelessness" to classify such a person with past and future recipients. It also said that the award cannot be conferred to Bose posthumously as the Government of India had not officially accepted his death on 18 August 1945. The petitioner also requested the whereabouts of Bose from 18 August 1945 till date, based on the information collected by the 1956 Shah Nawaz Committee and the 1970 Khosla Commission. The family members of Bose also expressed their unwillingness to accept the award