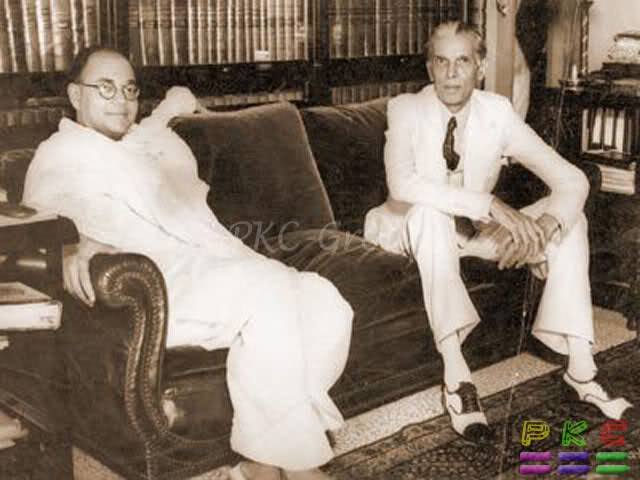 This article is a brilliant effort examining the life and times of an extraordinary political leader, Subhas Chandra Bose. But more importantly it also tries to throw light on the question of communal harmony within modern day political India and good relations between India and Pakistan.

On February 9, 1943, two Indians boarded a U-180 German submarine, commonly known as the U-Boat, off the coast in the north German city of Kiel. The submarine, under the command of Captain Werner Musenberg, crossed the North Sea and north Atlantic maintaining strict radio silence. Near South Africa the sub was confronted by a British Tanker, Corbiss, and sank it. The greasy food, claustrophobic interior of the U-Boat, and the rough sea made both Indian passengers repeatedly fall ill and physically emaciated. After 77 days and fifteen thousand miles under the sea, the U-Boat entered the coast of Madagascar for a secret rendezvous with a Japanese I-29 submarine. On April 28, 1943, after a rubber dinghy ride through especially rough seas, the Indians transferred themselves to the waiting I-29. The Japanese sub then headed for Tokyo through the Strait of Malacca and the East China Sea. Thus began, with the arrival of Subhas Chandra Bose and his personal assistant Dr. Abid Hassan on the Asian coast, the most extraordinary Hindu-Muslim-Sikh collaboration in the annals of British Indian history.

Before the arrival of Bose in Malaya, the Azad Hind Fauj (Indian National Army (INA in short)) had already begun under General Mohan Singh. However, beneath the common flag, the communal identities of the POW’s were beginning to threaten trouble. In India proper, the politics of Hindu Muslim Sikh identities had already reached its peak challenging the possibility of one nation indivisible. The Muslim League under Jinnah and the Congress Party under Gandhi and Nehru (with titular Presidency to Azad) saw absolutely nothing in common. The Muslim officers in the Malaya camps were aware of the politics being played out in India. Most of them devoted Muslims, they were hostile to INA under the leadership of Shah Nawaz Khan (Muslim Rajput, 1/14th Punjab). The persistent fear, as in India proper, was that the liberated India would be Hindu India, with prohibition on cow slaughter and wedding bands blaring music outside the mosques. According to Shah Nawaz Khan, even if they joined the INA, the Muslims would be well advised to keep up their guard. Under Mohan Singh, the Pathans, Punjabi Muslims, Gurkhas, and the Sikhs each stuck to their own groups and the INA was fracturing.

The arrival of Subhas Chandra Bose in Malaya saved INA from this fate. Professor Peter Ward Fay, Caltech historian and one of the latest to write on Bose and INA writes, “Bose compelled Shah Nawaz and the others – to submerge their differences, of community, and religion, and political affiliation, in the common pursuit of independence. And perhaps only he could have done it. Without Subhas Chandra, Prem (Officer Prem Seghal) once said to me, we would have been nothing”. Shah Nawaz Khan (whose nephew General Zahir-ul-Islam is the current head of Pakistan’s formidable spy agency ISI) told the court during the post-war INA Trials, “It will not be wrong to say that I was hypnotized by his personality and his speeches. He placed the true picture of India before us and for the first time in my life, I saw India through the eyes of an Indian.”

This article is courtesy of Avi Das's page.

Photo taken after communal Riot in Calcutta in 1926. In 1927, Jinnah, in a last attempt to restore communal harmony, proposed a pact that would result in one third of the seats in the central legislature (slightly above the Muslim component of total population at that time) reserved for the Muslims, in exchange for single, rather than separate, electorates. At a subsequent all party conference in Calcutta, his attempts at such amendments

Rare book - Netaji by his associate, Shri Ram Sharma , the first tribute book on him in free India, released on Jan 23 (Netaji's birthday), 1948, is an excellent compilation. Features an introduction by Gandhiji, written just days before his assassination . Cloth bound & rare photos inside. ( http://library.alibris.com/booksearch.detail?invid=11443915471&browse=1&qwork=4621544&mtype=B&qsort=&page=1 )