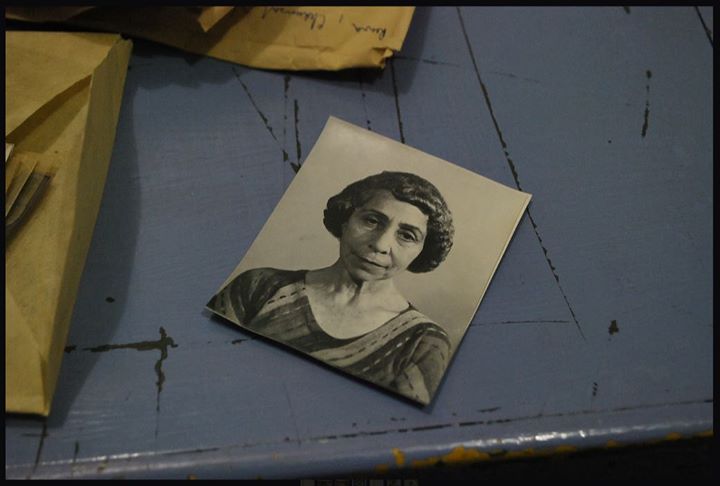 Stella Kramrisch, an authority on Indian art, a teacher and a curator, died on Tuesday at her home in Philadelphia. She was 97 and lived near Philadelphia.

Apart from teaching and writing, she was highly regarded as an exhibition organizer. Examples of her skill were "The Art of Nepal and Tibet" (1960), "Unknown India: Ritual Art in Tribe and Village" (1968) and "Himalayan Art 700-1900" (1978), all at the Philadelphia Museum of Art.

She produced a show, "Manifestations of Siva," for the Philadelphia Museum in 1981. The professor's last exhibition was "Painted Delight," a show of Mogul paintings, also at the Philadelphia, in 1986.

Stella Kramrisch Date born: 1896 Place Born: Nikolsburg (now Mikulov), Czech Republic Date died: 1993 Place died: Philadelphia, PA Art historian of South Asian art. Studied under Joseph Strzygowski (q.v.) at University of Vienna. Dissertation on early Buddhist sculpture (1919). 1921-50 taught at University of Calcutta. During those years she edited Journal of the Indian Society of Oriental Art and published numerous works including magnum opus, The Hindu Temple (1946). She traveled to the U.S. as early as 1922, but after the assassination of her husband in Pakistan (1950), she moved there permanently to the United States where she taught at the Institute of Fine Art, New York University, the University of Pennsylvania and the Philadelphia Museum of Art. Methodologically, Kramrisch remained close to her mentor, Strzygowski, studying the object using a metaphysical approach and employing distinctly non-western concepts in her history writing. While a student, she was influenced by Kandinsky's art theory and the theosophy of Rudolf Steiner (whom she knew personally). In India, she converted to Hinduism and amassed a significant collection of South Asian art objects which she ultimately sold or willed to the Philadelphia Museum of Art. The major exhibition she mounted at the museum in 1968, "Unknown India" perhaps best demonstrates her belief that the understanding of both aristocratic and common art objects were necessary to appreciate a culture's artistic accomplishment. © Dictionary of Art Historians

While being great icon of the 20th century, her scholarship is dated and questionable. The Hindu Temple remains unreadable, largely because while being scrupulously researched she didn't understand the material, and thus leads the reader into a kind of detective reading between the lines,etc. in order understand what was translated. Also what was her role in the illicit acquisition of artifacts in the West? Last week the RBSI wrote about Subhash Kapoor's arrest for selling stolen & smuggled artwork, but that was just the standard policy of museums and collectors in the 19th and 20th centuries. She had a hand was in it as well. RBSI posts regularly fabulous Indian art from Sothebys and museums, many of which were questionably brought out of India, While we remember her as a maverick we shouldn't forget the shady side of academics and collectors like her.

Michael Aram Tarr: The world of learning and learning of the world are are as you would know - complex and nuanced topics. I feel there are many layers to understanding them. It is so easy to make judgements of the past just as it so easy to justify the present. You have made two perfectly valid and pertinent points. So I guess we need to live and make peace in a world of unending contradictions, lest we miss out on all things beautiful and box ourselves into one single ideology. Stella Kramisch might have created an interest for Indian objects in the west, and it is stated that she also did have a huge collection,and it might have been legal or an accepted practice to take, sell and acquire Indian arifactjs at least till India got its Independence. India had bigger problems on its hands in the mid 20th century. A lot of artefacts might have been surreptitiously sold by the royals of the 500 Princely States of India once their privy purses were abolished in order to sustain their livelihoods. Maybe it was illegal but given their unfair circumstances, one has got to empathise with them. It has been my personal opinion that for all these rare treasures to leave India's shores, there must have been thousands of Subhash Kapoors to have facilitated them. And even today most of India's museums are in a pitiable state. One only hopes the present and future governments of India to begin the process of a cultural renaissance and invest and make India's museums world-class. Till then we need to take comfort that all these marvellous treasures and antiquities of India have been so marvellously preserved in all these foreign museums. If the world politics and cultural sensibilities do change in the days to come and India's museums have the ability to protect and preserve these artefacts - let us hope that they return to our shores someday. Till then let us learn and enjoy at least visually...wherever they may be.

Sadly the Government just announce that they are going to close down the national crafts museum and make it into a crafts school instead! Its still as corrupt as every. Making money on remolding, etc… But that does not justify India's national heritage being smuggled and sold to places that at least make an attempt to display properly, not light airless and mind numbing Natioan Museum.

Ah, Mikulov - such a pretty fairytale castle town. That was where artist Alfons Mucha lived for a few years. Most of Czech artist Mucha's art was sold outside Czech republic during the Nazi & then the communist years. Tennis player, Ivan Lendl started collecting Mucha's works in 1980 & over the years aggregated almost every known piece of Mucha art. Then got a villa constructed to house his art & live with it, in Conneticut. Two decades later, in 2013, a Czech businessman bought out Lendl's collection & brought it to the home country. After a big govt. supported exhibition of the homecoming, the collection now travels all over the world. Nature of free market economics. Some hope for Indian art too ...

Her writings are full of poetry and love for Indian Tradition. And "Hindu Temple" is a marvellous work.