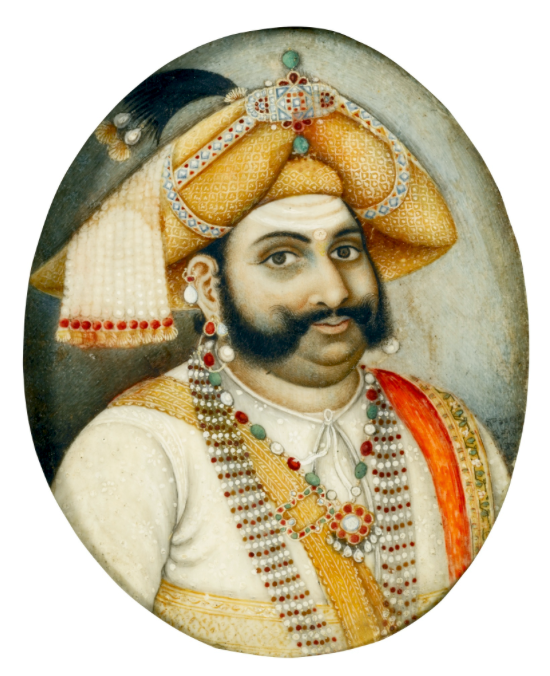 Digital Rare Book:
The TANJORE Mahratta Principality in Southern India : The land of the Chola, the Eden of the South.
By William Hickey - Pleader, Madras Presidency.
Published by C.Foster and Co., Madras - 1874.

Thanjavur (Tamil: தஞ்சாவூர் (tañcāvūr), also known by its anglicised name Tanjore, is a municipality and the headquarters of the Thanjavur district in the Indian state of Tamil Nadu. It has a population of a 221,185 (2001 census).

The name Thanjavur is derived from "Tanjan", a legendary asura in Hindu mythology. Thanjavur is one of the oldest cities in India and has a long and varied history dating back to Sangam period. The city rose into prominence during the rule of the Later Cholas when it served as the capital of the Chola empire. After the fall of the Cholas, the city was ruled by the Pandyas, Vijayanagar Empire, the Madurai Nayaks, the Thanjavur Nayaks, the Thanjavur Marathas and the British. It has been a part of independent India since 1947.
(Wikipedia)

Image:
A Portrait of Serfoji, the last Rajah of Tanjore, India, Tanjore, circa 1820-30

Gouache on ivory, bust portrait depicting a heavily bejewelled figure with elaborate turban and side-whiskers, with an oval frame mounted on a rectangular one, inscribed on the reverse 'The Last Rajah of Tanjore by a Tanjore Palace Artist'.

Serfoji (1799-1830) was the last Maharaja of Tanjore, and it has been suggested by Jerry Losty that the present high-quality portrait is possibly influenced by the works of Anna Tonelli (c.1763-1846). Tonelli (born Anna Nistri) was the daughter of a miniaturist who taught drawing to the second Lord Clive's children. Clive (created Earl of Powis in 1804) employed Tonelli as governess in both London and India between 1794 and 1802. A number of Tonelli's paintings (including a portrait of Tipu Sultan) can be found in Powis Castle (see M. Archer et al, Treasures From India, The Clive Collection at Powis Castle, London, 1987, pp.132-7, nos.212, 213, 224, 225, 228 and 229).