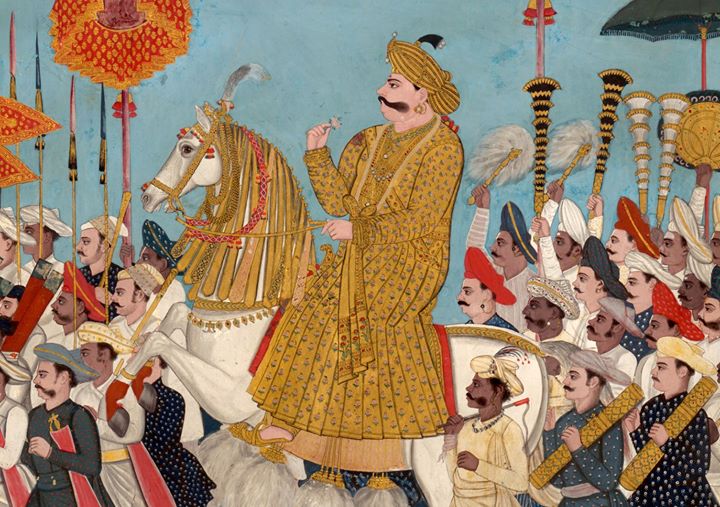 Digital Rare Book:
Memorial on behalf of the King of Tanjore, presented to Lord North
By Tulajaji, Rajah of Tanjore
Published in London - 1775

Tulajaji was a patron of Marathi literature. Aluri Kuppanna was conferred the title of Andhra Kalidasa by Tuljaji. It was during this period works such as Panchanatha sthalapuranam, Ramayana Yakshaganas, Bhagavatha Stories, Indumathi Parinayam etc., were popular in his court.

Tuljaji was a very weak ruler and the last independent ruler of Thanjavur. In 1773, Thanjavur was annexed by the Nawab of the Carnatic who ruled till 1776. The throne was restored to him by the Directors of the British East India Company. But his restoration came at a heavy price as it deprived him of his independence.(Wikipedia)

Frederick North, 2nd Earl of Guilford, KG, PC (13 April 1732 – 5 August 1792), more often known by his courtesy title, Lord North, which he used from 1752 until 1790, was Prime Minister of Great Britain from 1770 to 1782. He led Great Britain through most of the American War of Independence. He also held a number of other cabinet posts, including Home Secretary and Chancellor of the Exchequer.

North's reputation among historians has swung back and forth. It reached its nadir in the late nineteenth century when he was depicted as a creature of the king and an incompetent who lost the American colonies. In the early twentieth century a revisionism emphasized his strengths in administering the Treasury, handling the House of Commons, and in defending the Church of England. Herbert Butterfield, however, argued that his indolence was a barrier to efficient crisis management; he neglected his role in supervising the entire war effort. (Wikipedia)