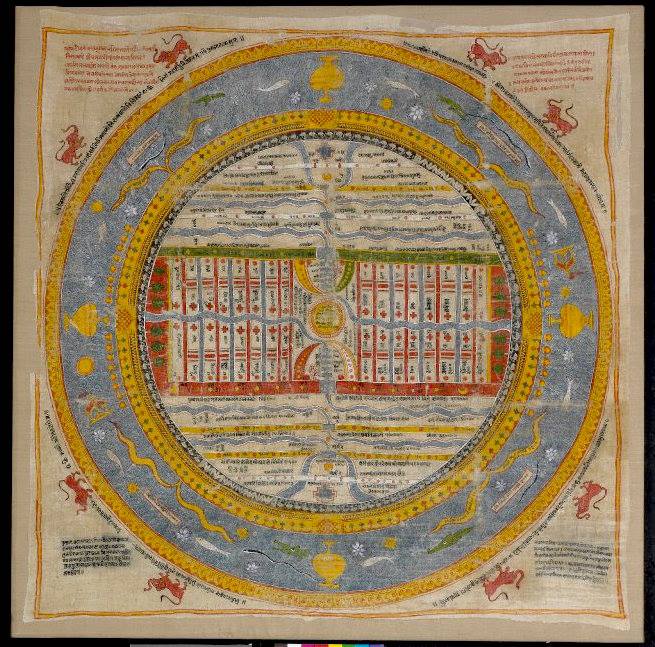 Image:
Painted cotton cloth (pata) showing Jambūdvīpa, the central continent or 'island of the rose-apple tree' according to Jaina cosmological theory. In the central circle are, in highly stylised form and annotated throughout in nagari script, the continents, the rivers and the forests. Beyond this is the 'salty ocean' inhabited by fishes, alligators and turtles and has lotus blossoms floating on its surface. Also in the outer ocean, at the cardinal points, are golden urns. Beyond this again are lotus petals each one of which contain a single letter in nagari script. Beyond this, at the four tangents, are (in each corner) two elephants facing each other across an inscription again in nagari script. The painted surface has been stitched on to a cotton backing which is mounted on wooden stretchers. The colours used are yellow, red, green, blue and black.