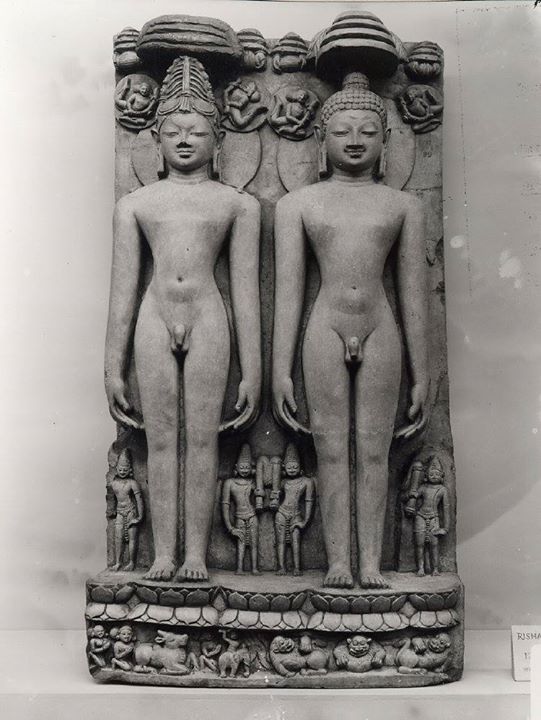 Fragment of a temple sculpture, showing the two figures of the first and the last Jain Tīrthaṁkara, Ṛṣabhanātha (left) and Mahāvīra. As is consistent with Jain iconography, the upright and naked figures have broad sjoulders and narrow waists. The ascetic nature of Ṛṣabhanātha is suggested by his piled-up and matted hair. The parasols above their heads (one is now broken) indicate the royal nature of the two figures.

I wonder why the arms are so disproportionately long?

Aajana baahu... One of the lakshanas.. The hands should be long and reach to the knee. A kingly trait maybe to aid archery