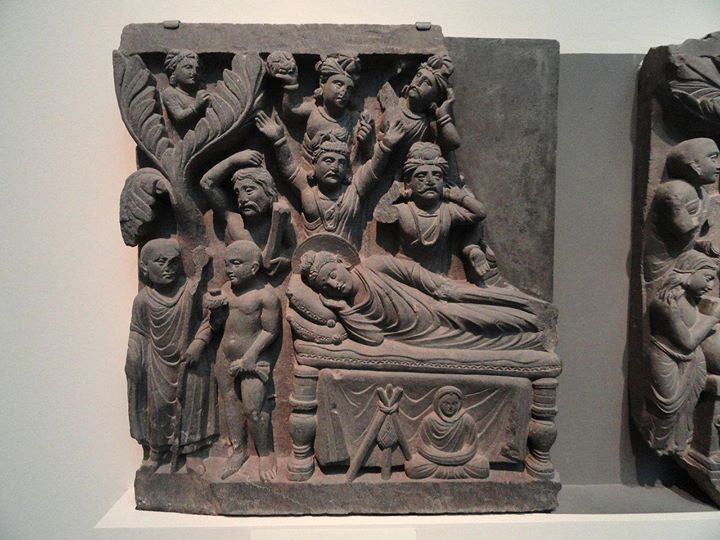 Digital Rare Book:
The AJIVIKAS
By Beni Madhab Barua
Published by The University of Calcutta - 1920

Ajivika, an ascetic sect that emerged in India about the same time as Buddhism and Jainism and that lasted until the 14th century; the name may mean “following the ascetic way of life.” It was founded by Goshala Maskariputra (also called Gosala Makkhaliputta), a friend of Mahavira, the 24th Tirthankara (“Ford-maker,” i.e., saviour) of Jainism. His doctrines and those of his followers are known only from Buddhist and Jain sources, which state that he was lowborn and died after a quarrel with Mahavira shortly before the Buddha died.

The sect’s opponents portrayed Ajivika as professing total determinism in the transmigration of souls, or series of rebirths. Whereas other groups believed that an individual can better his or her lot in the course of transmigration, the Ajivikas supposedly held that the affairs of the entire universe were ordered by a cosmic force called niyati (Sanskrit: “rule” or “destiny”) that determined all events, including an individual’s fate, to the last detail and that barred personal efforts to change or accelerate improvement toward one’s spiritual destiny. As a result of this static and melancholy view of the human condition, the Ajivikas practiced austerities rather than pursue any purposeful goal.

After a period of acceptance during the reign of the Mauryan dynasty (3rd century bce), the sect declined, although followers lived on until the 14th century in the region that became the modern state of Mysore. Some later Ajivikas worshipped Goshala as a divinity, and the tenet of niyati developed into the doctrine that all change was illusory and that everything was eternally immobile.
©2015 Encyclopædia Britannica

Image:
On the left: Mahakashyapa meets an Ajivika and learns of the Parinirvana.
Source: Freer Gallery of Art, Washington DC