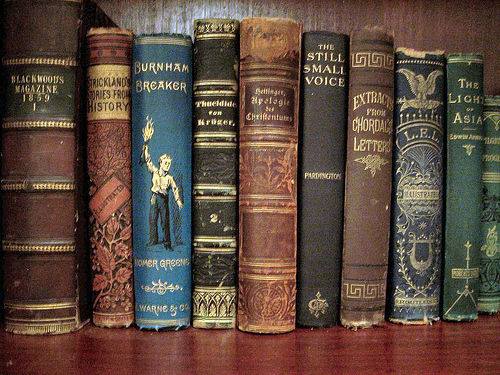 Professional book collectors and advisors share their advice on this niche market.

A 2010 episode of the English TV-mystery series “New Tricks” played to every book collector’s fantasy. A rare 19th-century book with an estimated value of several million dollars was found gathering dust in a school’s library. Mayhem and murder ensued as the story’s characters tried to cash in on their prize.

In real life, though, book collectors aren’t likely to see such enormous payoffs, at least not in the short run, some experts say.

Vic Zoschak, owner of Tavistock Books in Alameda, Calif., deals in first editions, rare and collectible books with a focus on works by author Charles Dickens. In his experience, while many collectible books have shown a decent track record over the years for price-appreciation, many more have not. Consequently, he does not advocate buying collectible books for investment.

Additionally, he notes, books lack liquidity, and when they do trade the price is frequently nowhere near the stated retail value.

Zoschak cites the estate sale of Serendipity Books in Berkeley, Calif., following the death of storeowner Peter B. Howard (about which The New York Times did a report).

Howard was diagnosed with cancer in early 2010 and died in early 2011. During his last months he tried to sell his half-million book collection but was unable to do so. The market’s illiquidity stymied his heirs, as well.

“The heirs then tried to sell them on block, again, not very successfully,” Zoschak recalls, in an interview with AdvisorOne. “Finally they contracted with (auctioneers) Bonhams to sell the bulk of his holdings and, again, (were) not very successful in terms of realizing anywhere near the retail price Mr. Howard had penciled in the front of a book.”

The problem with most titles, says Zoschak, is that supply outstrips demand for all but the most rare books.

The Web is at least partly responsible for that imbalance, because it creates a larger and more transparent market. He gives an example of the market a collector trying to sell a collection of works by Joyce Carol Oates is likely to come across.

“Go online to any of the sites, Amazon, Advance Book Exchange, pick a given title by Joyce Carol Oates,” he says. “You’ll find multiple copies available and that means there’s no buyer for those that are on the market at this point in time.”

Considering the supply-demand imbalance, Zoschak suggests bibliophiles buy for “the joy of collecting, the thrill of the hunt, if you will, and not for investment purposes.”

For those collectors who hope for profits, however, he recommends they have a long-term perspective.