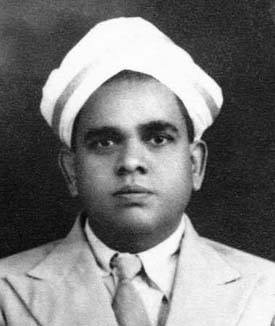 It should be an interesting problem for a socio-psychologist to analyse the effects on the members of a society brought upon by the birth of a genius among them. Such a typical instance was the birth of Srinivasa Ramanujan in the Tamil country. Whatever be the other effects, it certainly led to an increased awareness and appreciation of the rich mathematical heritage of India and a renewal of interest in the study of mathematics. This renaissance in Tamil Nadu showed itself in the coming up of a number of gifted teachers, well versed not only in mathematics, but also in the mathematical legacy of the country. A A Krishnaswami Ayyangar was prominent among them.