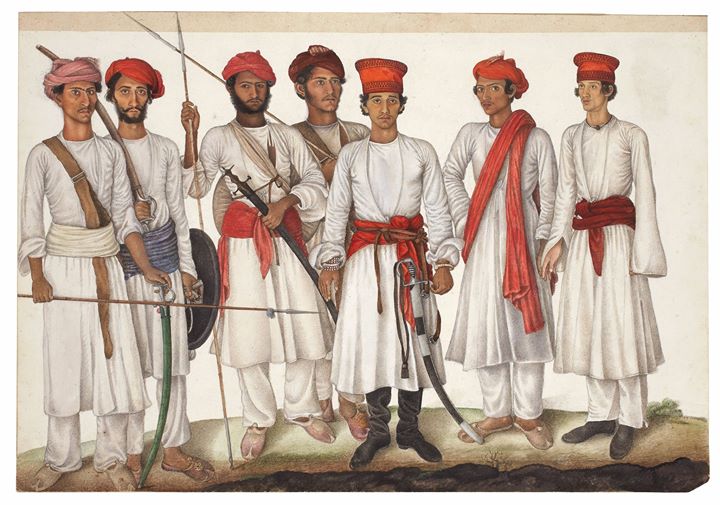 The leaf comes from one of the famous Fraser albums, with miniatures commissioned by the two Scottish brothers William and James Fraser. The motif shows some of the Indian recruits for the Second Regiment of Skinner’s Horse, founded by the brothers’ good friend James Skinner. The soldiers comprised Indians from a variety of different regions, and the name, ethnicity, and religion of each are given on a cover sheet in Persian and English. The miniature is not, however, simply a factual ethnographic registration. The figures were painstakingly composed and a refined coloristic balance was achieved between the white garments and elegant red headgear that were the everyday Skinner’s Horse uniform.