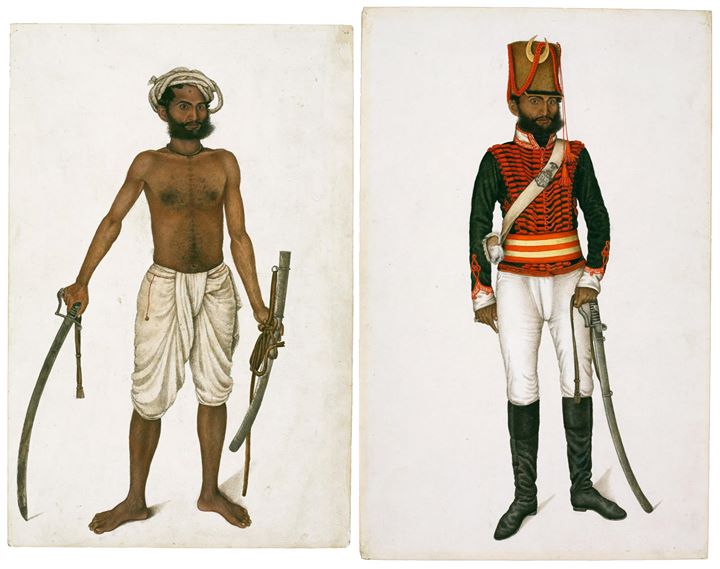 One portrait shows William Fraser’s servant Kala in trousers and turban as he looked when he killed a tiger with a thrust of his saber on a hunt in 1810. On the second he is wearing the uniform that was used by the irregular cavalry regiment Skinner’s Horse, which was headed by James Skinner, with Fraser as his second in command.

The Fraser paintings were made by various Indian artists. Several of them are signed by Ghulam Ali Khan, while others were undoubtedly made by members of his family. A number of unsigned paintings stand out because of their high technical quality. They include these two of Kala that can probably be attributed to the same unknown artist.

The best Company paintings are characterized by a technical perfection that imbues them with a super-realistic element. Kala’s facial expression is moreover curiously distant or introversive, a phenomenon that emphasizes the miniatures’ almost surreal character. The juxtaposition of Kala in trousers and turban and in uniform underlines the exciting but slightly eccentric meeting of cultures.

I have these 2 pics in reproduction hanging on my wall!