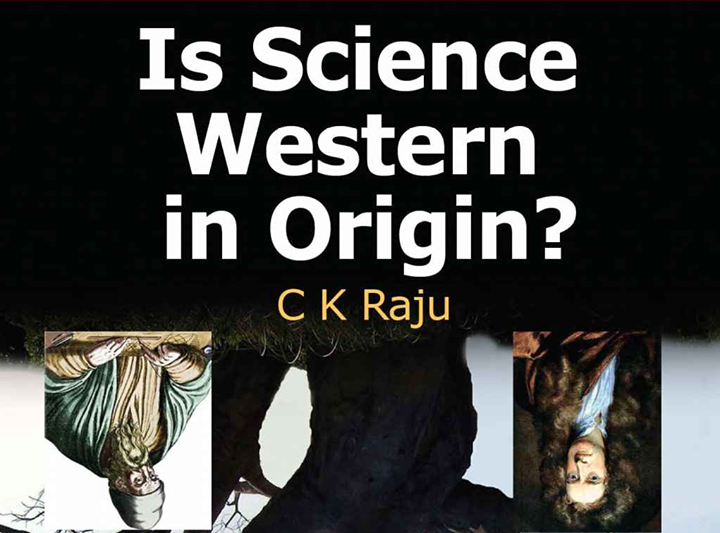 On stock Western history, science originated among the Greeks, and then developed in post-renaissance Europe. This story was fabricated in three phases.

First, during the Crusades, scientific knowledge from across the world, in captured Arabic books, was given a theologically-correct origin by claiming it was all transmitted from the Greeks. The key cases of Euclid (geometry) and Claudius Ptolemy (astronomy)— both concocted figures — are used to illustrate this process.

Second, during the Inquisition, world scientific knowledge was again assigned a theologically-correct origin by claiming it was not transmitted from others, but was “independently rediscovered” by Europeans. The cases of Copernicus and Newton (calculus) illustrate this process of “revolution by rediscovery”.

Third, the appropriated knowledge was reinterpreted and aligned to post-Crusade theology. Colonial and racist historians exploited this, arguing that the (theologically) “correct” version of scientific knowledge (geometry, calculus, etc.) existed only in Europe.

These processes of appropriation continue to this day.

What is the book about?
How the history of science was fabricated during Crusades and Inquisition (and before racism and colonialism).

"In his densely argued essay, Raju makes mincemeat of the received view of the Greek origins of science...Having established that the story of the transmission of astronomy and geometry from the Greeks...cannot be given any credence, Raju argues that, in the period of the Inquisition, a concerted attempt was made to suggest that Europeans independently rediscovered the scientific knowledge. Raju sees in the much-celebrated account of the supposed Copernican revolution, which takes us from a geocentric view of the universe to a heliocentric view, evidence only of a sustained and pernicious hellenocentrism. Though Copernicus used Islamic sources to reach his conclusions, he failed to acknowledge them....

"Raju’s intent here is also to question the supposition that knowledge in the West has a secular cast. ‘Note how theology has crept in’, he avers: ‘we are asked to believe that science is about deducing the consequences of some “laws” instituted by a god who created the cosmos, as has been made out in the West since Newton'."
- Vinay Lal

Dr. Chandra Kant Raju (born March 7, 1954) born in Gwalior, Madhya Pradesh, India is a computer scientist, mathematician, educator, physicist,and polymath researcher.[1][2] He is affiliated with the Centre for Studies in Civilizations in New Delhi.[3] Currently living in Malaysia, he occupies a function as lecturer of History and philosophy of science at Albukhary International University. - Wiki

Knowledge is neither Western nor Eastern, it is neither Islamic, Christian, Western and nor it is Hindu or Chinese. It is a heritage of all humanity. Every civilization has learned from other civilizations and we all are a part of each other, we didn't developed our science or engineering in isolation from other groups of people.

Well knowledge may not belong to one ..... But who created / found it is important..... Your son is yours as you would not like to claim neighbours son as yours. If this goes most knowledge from india is been stolen made it to their ownership. This has to stop, whoever is belong to must be respected