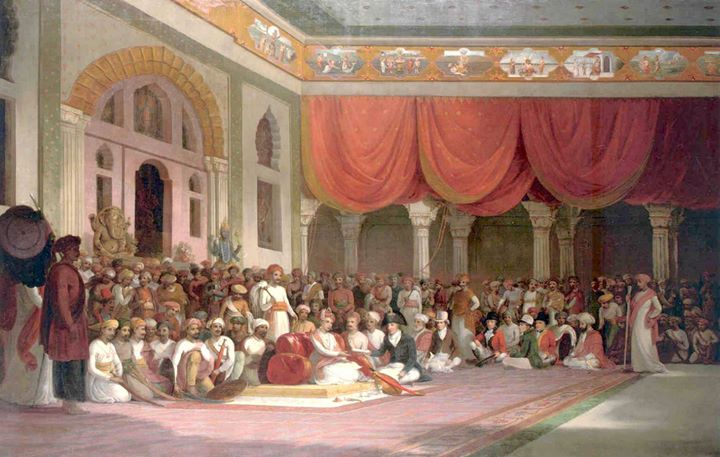 Image:
Sir Charles Warre Malet, Concluding a Treaty in 1790 in Durbar with the Peshwa of the Maratha Empire - 1805