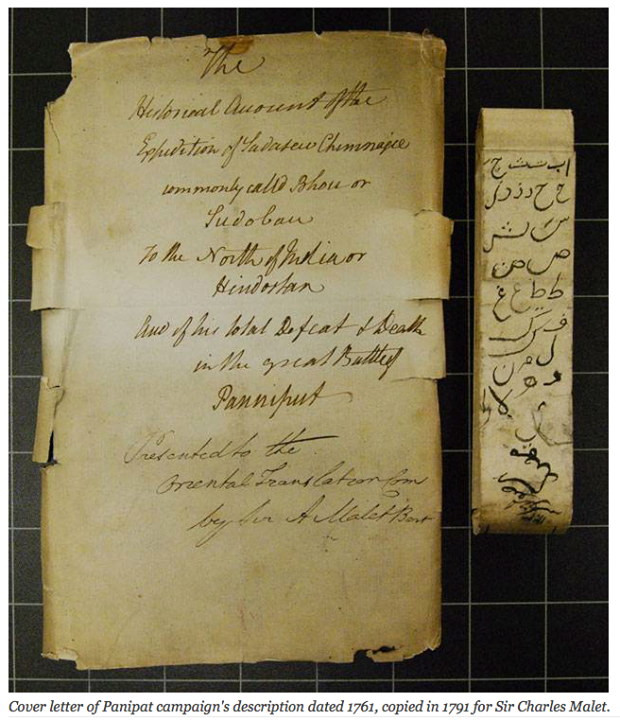 Exactly 240 years before Maharashtra CM Devendra Fadnavis took oath of office, another Fadnavis had sworn to protect a 40-day old Peshwa, thereby becoming one of the most powerful men in India. He was Nana Fadnavis. For over 20 years, he called the shots in the Maratha Empire, but also made a great deal of money, earning him the nickname, 'Navkot Nana' (Nana of nine crores'). But many over the years have doubted if there is any truth to this legend. Now there's historical proof that Nana indeed was indeed a very rich man. A document of 1796-1800 vintage in Nana's own handwriting has been found in England in which he makes a note of his assets of over five crores nineteen lakhs. This would be worth several thousand crores in today's money.

The letter is part of a large collection of over 200 documents pertaining to the history of the Maratha Empire, lying unseen and unused at the Royal Asiatic Society of Great Britain and Ireland in London. Sir Charles Malet, the British resident at Poona, took his own collection to England in 1797 when he resigned from the Honourable East India Company and his successors handed it over to the RAS. Lieutenant Colonel (later General) John Briggs was given (so he had claimed) these documents when he was resident at Satara and later published two articles based on them around 1830, before handing them over to the RAS in his old age.

I m proud of the chittapawan clan