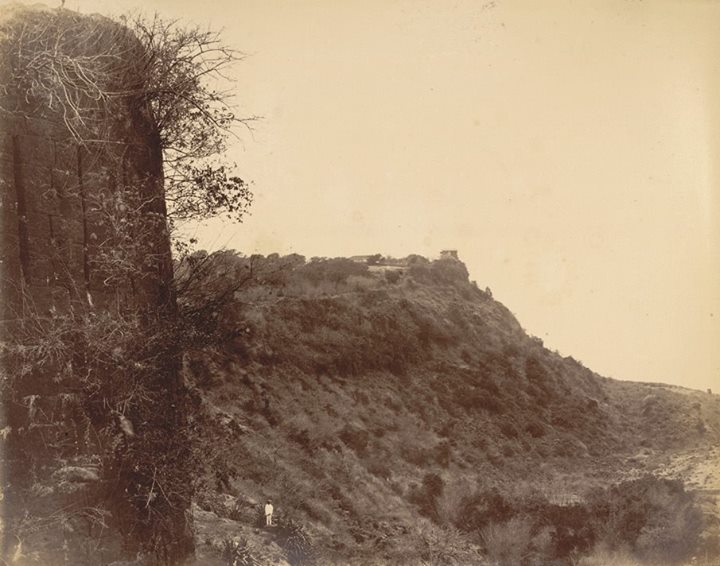 Photograph of Panhala fort from the Lee-Warner Collection: 'Souvenirs of Kolhapur. Installation of H.H. the Maharajah, 1894' taken by an unknown photographer in 1894. The Panhala fort is situated on the Panhala spur in the Sahyadri hills about 12 miles north-west of Kolhapur in Maharashtra, western India and was probably founded by King Raja Bhoja between 1192 and 1209. The massive perimeter walls were over seven kilometres in circumference, set into the wall were three magnificent double gateways which were reached by long flights of stone steps. Panhala was one of the most important hill forts in the area and over the years had been in the possession of several different rulers. It was taken by the Devagiri Yadavas and in 1489 by the Adil Shah dynasty of Bijapur. Shivaji seized the fort in 1659 but it was retaken two years later by the Bijapur army. It was stormed once more in 1673 and subsequently held by the Marathas except for a short period between 1690 and 1707 when it surrendered to the Mughals. In 1844 the fort was surrendered to the British.