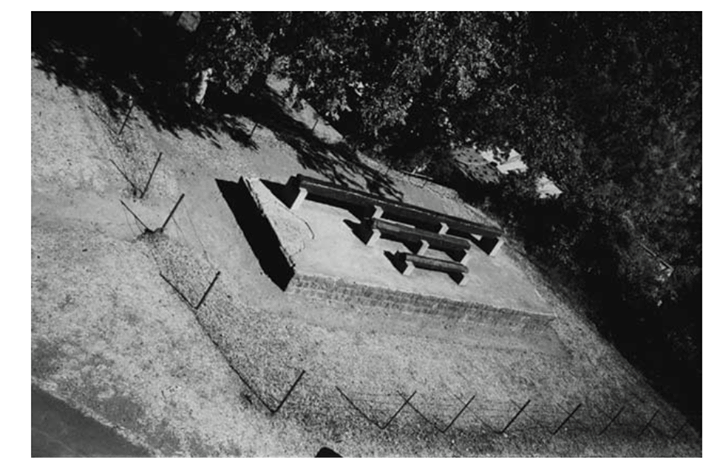 Introduction:
The attention of scientists and archaeometallurgists has not been focused significantly on the Dhar iron pillar, although this pillar, in its original condition, was larger than the Delhi iron pillar. Smith rightly remarked that ‘‘while we marvel at the skill shown by the ancient artificers in forging a great mass of the Delhi pillar, we must give a still greater measure of admiration to the forgotten craftsmen who dealt
so successfully in producing the still more ponderous iron mass of the Dhar pillar monument with its total length of 42 feet’’. It is currently lying in three broken pieces in front of the Lat Masjid at Dhar in Central India. The history of the pillar has been described in detail elsewhere and briefly summarized below.

Dhar, situated near Indore in Madhya Pradesh, was founded as capital of Malwa by Bhoja (1010–1053 AD). Local tradition holds that Bhoja constructed the pillar. The achievements of the iron industry in Malwa during Raja Bhoja's reign have been well documented. Bhoja was well versed in iron metallurgy as he, in his Yukti-kalpataru, discusses the manufacture of iron weapons and refers to earlier texts on iron metallurgy like Louharnava, Louhadspa and Louhapradipa. Dhar first came into Muslim hands around 1300 AD when Allaudin Khilji subdued Malwa as far as Dhar. In its original condition, the pillar, topped with a trishul (trident) capital, was located in front of a Shiva temple. This temple was located at the very site where the present Lat Masjid stands. The masonry basement topped with stone boulders, in front of the Lat Masjid, was the original erection site of the Dhar iron pillar.

After being thrown down, its shaft was broken into at least two pieces, which lay about for a hundred years. One smaller piece (most probably without the currently missing fourth piece of the pillar) was planted at the Dilawar Khan's mosque in Mandu (in a position similar to that of the Delhi iron pillar in the Quwwat-ul-Islam mosque). The greater length was erected before the Lat Masjid mosque built by Dilawar Khan at Dhar in 1405 AD out of the remains of Hindu and Jain temples. Bahadur Shah of Gujarat, in 1531 AD, captured the area and wished to carry the pillar to Gujarat. In attempting to do so, the pillar fell down and broke into two pieces of lengths 22' and 13'. The largest broken piece remained in the same sloping position against the masonry terrace in front of the mosque from the time of its fall in 1531 AD till the time it was removed by the Archaeological Survey of India (ASI) around 1980 AD and placed horizontally on a platform adjoining the mosque. Interestingly, the kids in the nearby areas were utilizing this piece as a slide (before the ASI set it up on the platform) and therefore, three surfaces of the largest piece ap- pear smoothly polished.

theres another of these pillars in the city of istanbul

The craftsmen were amazing!