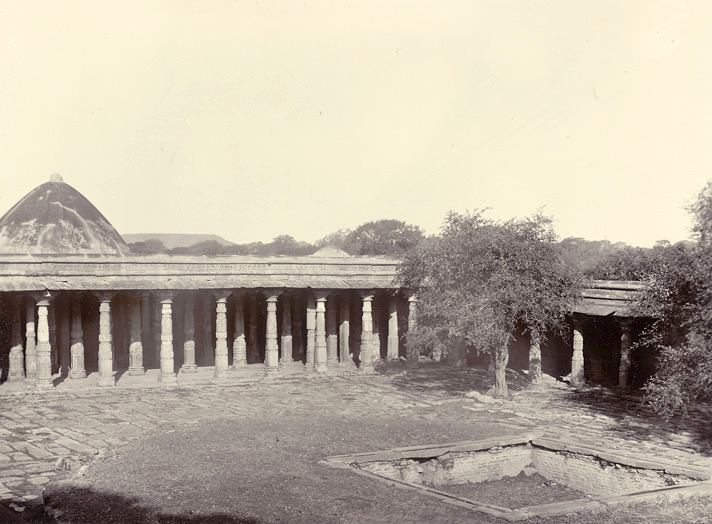 Photograph of a Mosque, at Dhar, Madhya Pradesh, taken by an unknown photographer in c.1902. Raja Bhoja was a famous 11th-century king of the Hindu Paramara dynasty which ruled Dhar between the 9th and 13th centuries. The Paramaras were known for their support for literature and during this period many Hindu and Jain scholars flourished at the Paramara court and Dhar became a famous centre of learning. Legend states that King Bhoja founded a school which is referred to as the Bhojashala (or Bhoja's school). Dhar fell to the Delhi Sultanate under Alauddin Khalji in 1305 and later became part of the province of the independent Sultans of Malwa. A mosque was built here in the 14th century using fragments of Hindu and Jain structures. This is a view of the internal court. The colonnade consists of carved pillars which appear to have Hindu origins.

Who built this mosque?

Do you in Jalore Rajasthan Alauddin khilji in 1311-1314 won Jalore.Hindu & jain Temple converted temple in similary shape, is this true or false?