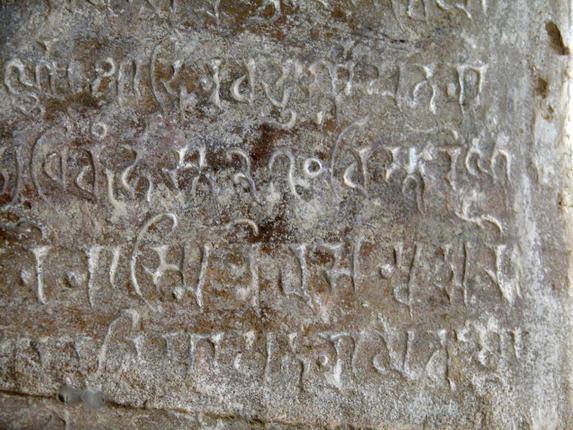 It is high time we studied our mathematical heritage with diligence and objectivity.

Quite often I find that conversations, with people from various walks of life, on ancient Indian mathematics slide to “Vedic mathematics” of the “16 sutras” fame, which is supposed to endow one with magical powers of calculation. Actually, the “16 sutras” were introduced by Bharati Krishna Tirthaji, who was the Sankaracharya of Puri from 1925 until he passed away in 1960, associating with them procedures for certain arithmetical or algebraic computations. Thus, this so-called “Vedic mathematics (VM)” is essentially a 20th century phenomenon.

Neither the “sutras” nor the procedures that they are supposed to yield, or correspond to, have anything to do with either the Vedas, or even with any post-Vedic mathematical tradition of yore in India. The image that it may conjure up of ancient rishis engaged in such arithmetical exercises as are taught to the children in the name of VM, and representing the solutions through word-strings of a few words in modern styled Sanskrit, with hardly any sentence structure or grammar, is just too far from the realm of the plausible. It would have amounted to a joke, but for the aura it has acquired on account of various factors, including the general ignorance about the knowledge in ancient times. It is a pity that a long tradition of over 3,000 years of learning and pursuit of mathematical ideas has come to be perceived by a large section of the populace through the prism of something so mundane and so lacking in substance from a mathematical point of view, apart from not being genuine.

The colossal neglect involved is not for want of pride about the achievements of our ancients; on the contrary, there is a lot of writing on the topic, popular as well as technical, that is full of unsubstantiated claims conveying an almost supreme knowledge our forefathers are supposed to have possessed. But there is very little understanding or appreciation, on an intellectual plane, of the specics of their knowledge or achievements in real terms.

In the colonial era this variety of discourse emerged as an antithesis to the bias that was manifest in the works of some Western scholars. Due to the urgency to respond to the adverse propaganda on the one hand and the lack of resources in addressing the issues at a more profound level on the other, recourse was often taken to short-cuts, which involved more assertiveness than substance. There were indeed some Indian scholars, like Sudhakar Dvivedi, who adhered to a more intellectual approach, but they were a minority. Unfortunately, the old discourse has continued long after the colonial context is well past, and long after the world community has begun to view the Indian achievements with considerable objective curiosity and interest. It is high time that we switch to a mode betting a sovereign and intellectually self-reliant society, focussing on an objective study and critical assessment, without the reference frame of “what they say” and how “we must assert ourselves.”

Ancient India has indeed contributed a great deal to the world's mathematical heritage. The country also witnessed steady mathematical developments over most part of the last 3,000 years, throwing up many interesting mathematical ideas well ahead of their appearance elsewhere in the world, though at times they lagged behind, especially in the recent centuries. Here are some episodes from the fascinating story that forms a rich fabric of the sustained intellectual endeavour.

The mathematical tradition in India goes back at least to the Vedas. For compositions with a broad scope covering all aspects of life, spiritual as well as secular, the Vedas show a great fascination for large numbers. As the transmission of the knowledge was oral, the numbers were not written, but expressed as combinations of powers of 10. It would be reasonable to believe that when the decimal place value system for written numbers came into being it owed a great deal to the way numbers were discussed in the older compositions.

The decimal place value system of writing numbers, together with the use of ‘0,' is known to have blossomed in India in the early centuries AD, and spread to the West through the intermediacy of the Persians and the Arabs. There were actually precursors to the system, and various components of it are found in other ancient cultures such as the Babylonian, Chinese, and Mayan. From the decimal representation of the natural numbers, the system was to evolve further into the form that is now commonplace and crucial in various walks of life, with decimal fractions becoming part of the number system in 16th century Europe, though this again has some intermediate history involving the Arabs. The evolution of the number system represents a major phase in the development of mathematical ideas, and arguably contributed greatly to the overall advance of science and technology. The cumulative history of the number system holds a lesson that progress of ideas is an inclusive phenomenon, and while contributing to the process should be a matter of joy and pride to those with allegiance to the respective contributors, the role of others also ought to be appreciated.

It is well-known that Geometry was pursued in India in the context of construction of vedis for the yajnas of the Vedic period. The Sulvasutras contain elaborate descriptions of construction of vedis and enunciate various geometric principles. These were composed in the rst millennium BC, the earliest Baudhayana Sulvasutra dating back to about 800 BC. Sulvasutra geometry did not go very far in comparison to the Euclidean geometry developed by the Greeks, who appeared on the scene a little later, in the seventh century BC. It was, however, an important stage of development in India too. The Sulvasutra geometers were aware, among other things, of what is now called the Pythagoras theorem, over 200 years before Pythagoras (all the four major Sulvasutras contain an explicit statement of the theorem), addressed (within the framework of their geometry) issues such as nding a circle with the same area as a square and vice versa, and worked out a very good approximation to the square root of two, in the course of their studies.

Though it is generally not recognised, the Sulvasutra geometry was itself evolving. This is seen, in particular, from the differences in the contents of the four major extant Sulvasutras. Certain revisions are especially striking. For instance, in the early Sulvasutra period the ratio of the circumference to the diameter was, as in other ancient cultures, thought to be three, as seen in a sutra of Baudhayana, but in the Manava Sulvasutra, a new value was proposed, as three-and-one-fth. Interestingly, the sutra describing it ends with an exultation “not a hair-breadth remains,” and though we see that it is still substantially off the mark, it is a gratifying instance of an advance made.

Image:
A portion of a dedication tablet in a rock-cut Vishnu temple in Gwalior built in 876 AD. The number 270 seen in the inscription features the oldest extant zero in India.