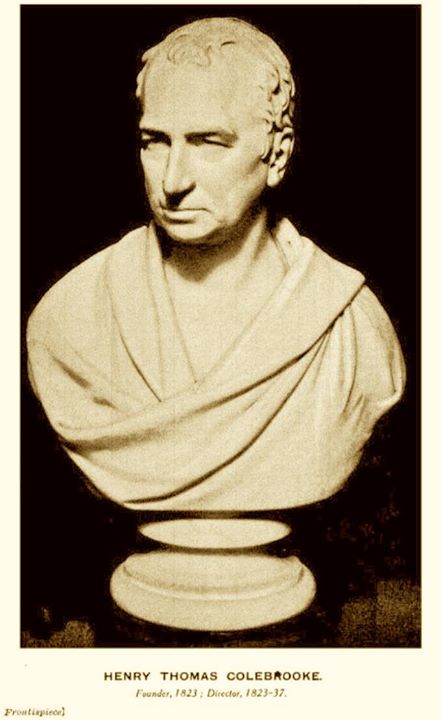 Digital Rare Book:
Algebra, with Arithmetic and Mensuration, from the Sanscrit of Brahmegupta and Bhascara.
Translated by Henry Thomas Colebrooke
Published by John Murray, London - 1817

Extract from:
Brief notes on the age and authenticity of the Works of Aryabhata, Varahamihira, Brahmagupta, Bhattotpala, and Bhaskaracharya
By Dr.Bhau Daji Lad
Published in the Journal of the Royal Asiatic Society of Great Britain and Ireland, Volume 1 - 1864

The works attributed to Aryabhata, and brought to light by European scholars, are :
An Aryasiddhanta (Maha Arya Siddhanta), written, according to Bentley, in the year 4423 of the Kali Yuga, or A.D. 1322.

Another Aryasiddanta, called Laghu, a smaller work, which Bentley supposed was spurious, and the date of which, as stated in the text, was interpreted to mean the year of the Kali Yuga 3623, or A.D.522. Of both these works Mr.Bentley possessed imperfect copies. He assumed a comparatively modern work, attributed to Aryabhata, and written in A.D.1322, as the genuine Aryasiddhanta, and, reasoning on this false premise, has denounced as spurious the real and older work, and has, further, been led into the double error of condemning the genuine works of Varaha Mihira, Brahmagupta, Bhatta Utpala, and Bhaskaracharya, containing quotations and references to the older work, as modern impostures, and of admitting as genuine a modern treatise (the Jatakarnava) as the work of Varaha Mihira.

Colebrooke, not having the works of Aryabhata before him, suggested that the older work might be a fabrication, but, from citations and references to Aryabhata in the works of Brahmagupta and Bhatta Utpala, came to a singularly accurate conclusion as to the age of Aryabhata, whose works he thought were different from either treatise in the possession of Bentley. " We shall, however," writes Colebrooke, " take the fifth [century] of Christ as the latest period to which Aryabhatta can, on the most moderate assumption, be referred."In one place, indeed, Colebrooke correctly guesses that the Laghu Arya Siddhanta is either the Aryashtasata or the Dasagitika.