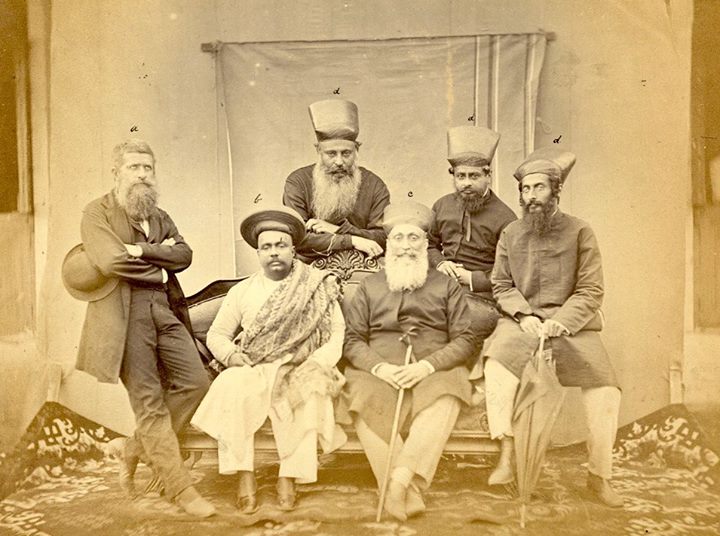 Digital Rare Book:
Brief notes on the age and authenticity of the Works of Aryabhata, Varahamihira, Brahmagupta, Bhattotpala, and Bhaskaracharya
By Dr.Bhau Daji Lad
Published in the Journal of the Royal Asiatic Society of Great Britain and Ireland, Volume 1 - 1864

Image:
Posed group of six figures taken by Hurrichund Chintamon c. 1867, from the Archaeological Survey of India Collections. This photograph was shown at the Paris Exhibition of 1867. The European on the left is identified simply as 'A German', three other figures as 'Parsees', the figure seated on the left as Dr. BHAU DAJI, and the figure seated on the right, as 'Shenoy' (?). Parsees are descendants of the Persian followers of Zoroaster who fled to India in the seventh and eighth centuries to escape Muslim persecution.

Some problem in opening the book. Will you pl help me.

Please try after some time.

This is truly an appreciable efforts, where from you poperate Rarebooks, I w'd like to visit your office and buy books of my liking