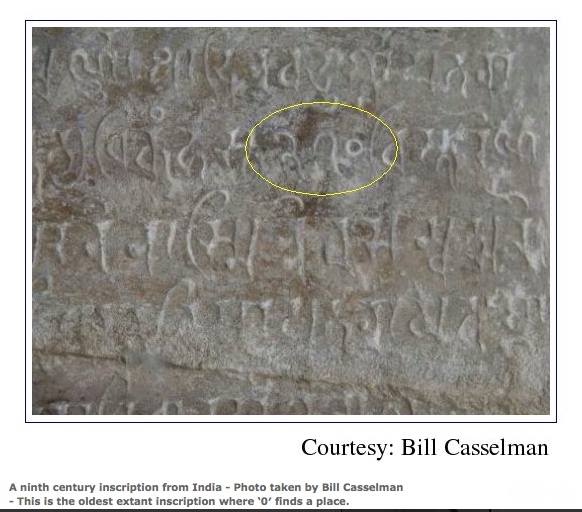 The article is an introductory survey of the influence of India on the
mathematics of the Islamic world.

The study of the connections between Arab and Indian mathematics is beset by a number of difficulties. The first kind of difficulty is due to the paucity of documentation. There is no work or study from the Arab Middle Ages that deals with this question. The only general book written about India by an au- thor of the Arab-Muslim world, that by Al-BirunT, written in 10300 dedicates
several pages to Indian astronomy, but does not treat either arithmetic or algebra. The second kind of difficulty has to do with the extreme complexity of the relations between the Arab and Middle Eastern world on the one hand, and India and China on the other. The studies in this colloquium have brought to light the existence of an Indo-Chinese cultural ensemble within which it is possible to detect similarities in methods of calculation, but not to establish a definitive chronology between these methods. To limit the study to the connections between Arab and Indian mathematics amounts to excluding quite a bit that these schools of mathematics owe directly or indirectly to China.

If we add to these difficulties the existence of an influence of Greek mathematics since the third century BC, on the Near East without doubt, but also probably on China and India, the connections between Arab and Indian mathematics seem like an island that can be separated only artificially from the multiple and complex relationships going from the Mediterranean to the China Sea, with the Indian Ocean as a cross-roads, as the theme of this colloquium aptly reminds us.