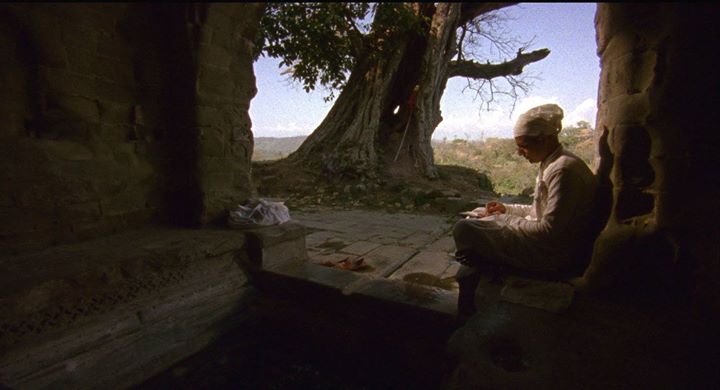 Movie:
Life in symphony - Nainsukh of Guler
The Hindu - November 2011

During his 46-year association with India, Swiss scholar Eberhard Fischer worked closely with several aspects of Indian culture — textiles, tribal arts, murals and religions — but with Nainsukh, the 18th Century Pahari painter of Guler, his relationship went to another level. Fischer went on to make a film on the subject, which is now doing the rounds of some of the most prestigious film festivals of the world. The film, calledNainsukh, the 18th Century Pahari Painter, was recently screened in New Delhi for the first time, under the aegis of Prohelvetia-Swiss Arts Council. Its screening in the Capital was preceded by showings in Chandigarh and Jammu.

“For an art historian, Nainsukh is the one who brought changes to that particular tradition of painting. He incorporated a Mughal element of realism into early Pahari style of miniatures. His work is far more emotional than any of his contemporaries,” says an impassioned Fischer, in India for the tour.

Nainsukh's artistic life and his unique oeuvre call for acknowledgement and appreciation. The film — that premiered at the Venice Film Festival in 2010 and will be showcased at the Museum of Modern Art in New York soon — is directed by Amit Dutta, a product of FTII. It traces Nainsukh's life spent as the court painter of Balwant Singh of Jasrota. “But it's not a stale story of a painter. The starting point of the film and which also triggered off the idea of the film, is a kind of conflict between Nainsukh and his brother Manaku, who is also a painter. While Nainsukh became more realistic concentrating on portraits and human figures, his brother Manaku has taken to a different path. One day Manaku comes back with a gold ring which he has got for one of his paintings on Gita Govinda and Nainsukh is a not too happy about it. I sensed a kind of conflict and I wrote the script in just one night,” reveals Fischer.

While that episode forms the first frames of the film introducing it, it begins with the scene at the ghat of the Ganga in which Nainsukh has come to immerse the ashes of his patron Balwant Singh. From here the film goes into flashback, painting the life sketch of the artist. There are many scenes which have been not just inspired, as Fischer says, but are visual interpretations of his paintings. And some of them can be found in the book “Pahari Masters” (Niyogi Books) authored by B.N. Goswami and Eberhard Fischer. The film is dedicated to Goswami, a leading authority on the subject.

“His paintings are the few ones to have inscriptions at the back written by the artist himself, describing the scene or the event, thus giving a lot of additional info. It is usually in Takri, the Pahari script. Nainsukh was kind of documenting what was happening around him. For instance, he had mentioned a khayal, which was being sung at the durbar, and we have set that khayal to music and used it in the film. Though there are no dialogues in the film; it has beautiful music.”

The film features Manish Soni, a real-life miniature artist, in the role of Nainsukh, who has been shot actually painting. “So, he isn't acting. Furthermore, not a single scene is invented. In fact, he takes the same route which Nainsukh must have taken to reach Jasrota from Guler. From boyhood to an adult, the film captures Nainsukh under the patronage of Balwant Singh. He was not only painting his life but would also organise performances for his leisure. He produced some of the most moving paintings after he went into exile with Balwant Singh,” says the art historian, who also delivered lectures alongside the film screening at India International Center on the subject.

Watch a preview of the movie:

I saw it some years ago, it is quite lovely.