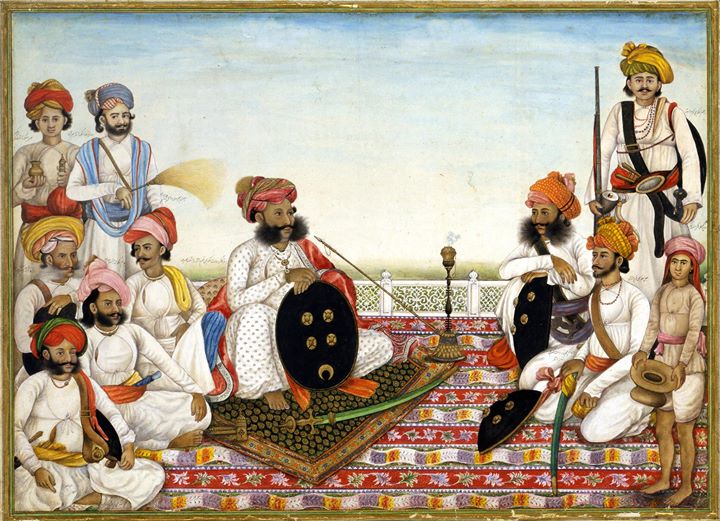 European influence on Indian painting was tangible from the 16th century, but at the end of the 18th, it became even more pronounced. French and British tradesmen and civil servants commissioned work directly from Indian artists, and they expected a result that resembled European art. This was the beginning of Company painting, named after the East India Company, the commercial forerunner of Britain’s takeover of India in 1858.

The Indian leader from Jodhpur and his men, all of them identified by name, were rendered painstakingly and with great individuality. The painting has been attributed to Ghulam Ali Khan.

But the techniques of using perspective have been deployed in India at least since Ajanta!