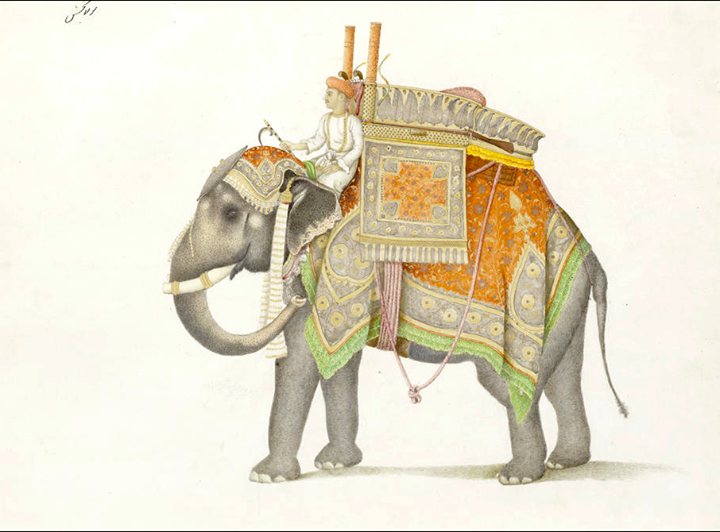 A Fraser Album Artist: An elephant and driver, probably from the Mughal Emperor's stable, with a hunting howdah equipped with a rifle, bows and a pistol.
Delhi, 1815-19 ca.

According to the account given by S. Mahdi Husain in Bahadur Shah Zafar and the War of 1857 in Delhi, 1958, repr. 2006, p. 54, an elephant called Mawla Bakhsh was a favourite pet of Bahadur Shah II. Presumably, given the earlier date, this same animal survived another forty years, or the name was carried over to other elephants in the royal menagerie.