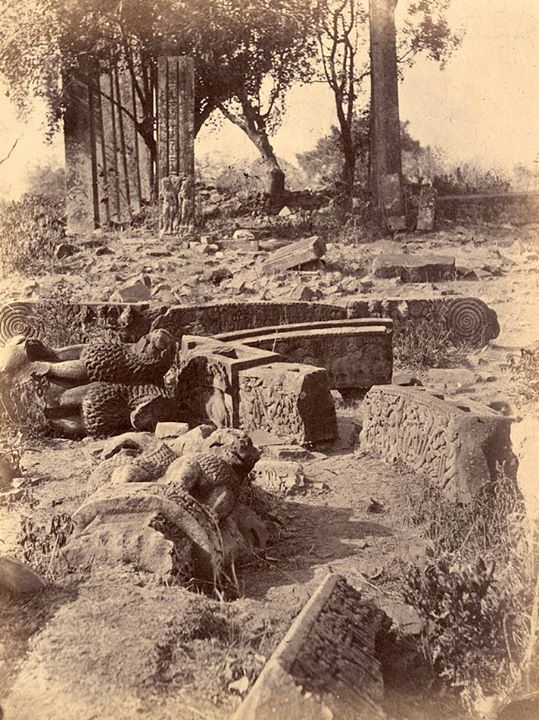 Lion capitals, torana beams and other sculpture fragments lying on the ground near the Great Stupa, Sanchi, Bhopal State - 1875

Photograph of lion capitals, torana beams and other sculpture fragments lying on the ground near the Great Stupa at Sanchi, from the Archaeological Survey of India Collections taken by Joseph David Beglar in 1870. When General Taylor encountered the stupa in 1818, it was in a very ruinous conditions. Extensive reconstruction works followed. The stupa is the most important surviving monument of the Shunga era (c.185-75 BC). It consists of a large hemispherical dome which was built over an already existing stupa ascribed to the 3rd Century BC from the time of the Buddhist emperor Ashoka Maurya. Four elaborately carved gateways were added to the stupa during the 1st Century BC. This view shows the various parts of the gateway lying on the ground. The gateway was rebuilt by 1883.

We are proud of our history.