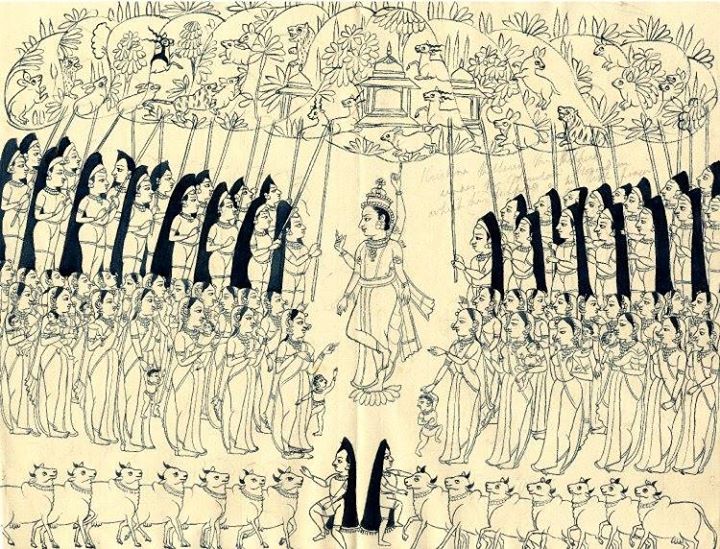 Krishna protecting the shepherds from the vengence of Indra, who threatened to drown them for forsaking his worship and adoring Krishna.

Drawing in black ink on European watermarked paper. Kṛṣṇa holding Mount Govardhana aloft over the gopas and gopis (male and female cowherders) of Vrindavan, and their cows. The mountain is depicted covered in shrines and frolicking animals, while the gopas below each hold their staff high as if helping Kṛṣṇa.

the way the Gopalas use the woolen blanket continues to this day!