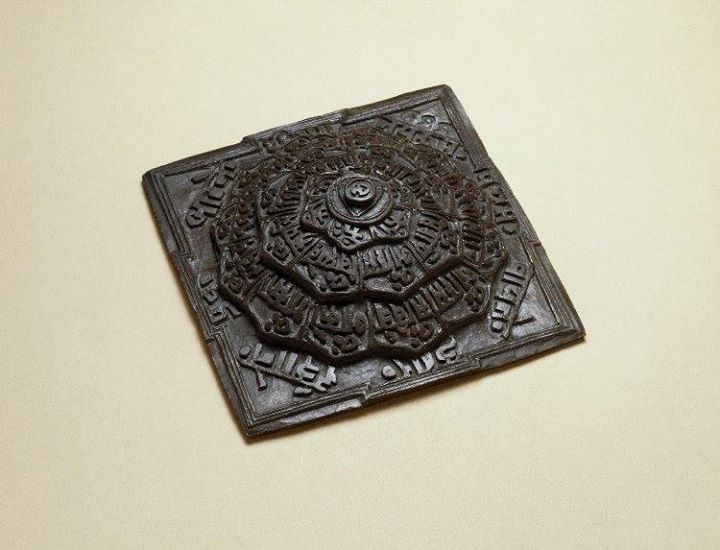 Digital Rare Book:
Life in ancient India in the age of the mantras
By P.T.Srinivasa Iyengar
Published by Srinivasa Varadachari & Co., Madras - 1912

Image:
Sri Yantra
'Yantra' or metal plaque covered with 'mantras' and used in the worship of the goddess. In form of expanded lotus, there are inscriptions on the petals and symbols in centre. Made of bronze.

'Yantras' combine the power of the written word and that of sacred designs. The potent individual words or syllables are 'mantras', associated with specific deities. The goddess connection of this example is also demonstrated by the prominent central positioning of a triangle within two circles.

Thanks for the link Ratnesh Mathur. All our old temples and towns are built on the same principles.