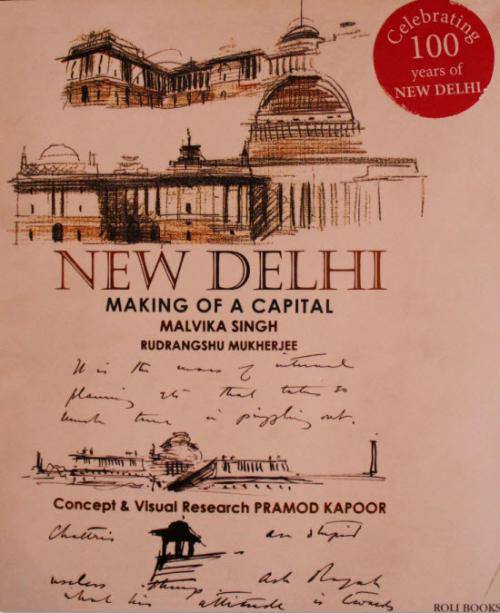 New Delhi was born at two o'clock on 12 December 1911, as King George V proclaimed it to be India's new capital at his grand Coronation Durbar. New Delhi: Making of a Capital pieces together the story of the eighth reincarnation of this historic city. Breaking new ground, this book showcases century-old telegrams, maps, plans, drawings, letters and scraps of paper; the agreement that the chief architects - Edwin Lutyens and Herbert Baker - signed together; the sharp arguments the two had on key architectural issues; and a lot more. Numerous newspaper reports, articles and editorials about the extravagant city, including vigorous debates in the House of Lords have been featured here for the first time. Exclusive pictures of the earliest stages of levelling the massive Raisina Hill are followed by the block-by-block construction of what are today the Rashtrapati Bhavan (initially known as Government House), the Parliament House (known as Council House), and North and South blocks (or the Secretariat buildings). A range of aerial shots capture the growth of the new city from a barren landscape into a bustling metropolis. The entire city was built in Rs 13.07 crore. This path-breaking work is an amalgamation of fragments of history, recreating the era of struggle, disquiet and passion in which this great urban centre was built.

About the Author:
Malvika Singh belongs to one of the families that built the new capital of India and is currently working on an interview-based book on the subject. She is a reputed journalist who has worked with many leading national publications. She was the editor of The India Magazine and is the publisher of Seminar, a journal of ideas and alternatives. She has written Freeing the Spirit: The Iconic Women of Modern India and India in One City - Delhi.

Pramod Kapoor is a collector of historical records and photographs, and a publisher by profession. The photographs for this book were painstakingly researched and collected over a long period of time. Kapoor has previously compiled pioneering books such as The Unforgettable Maharajas and India: Then and Now, and will soon be launching Witness to Life and Freedom: Margaret Bourke-White in India.

Book review: On Why New Delhi Was Such A Capital Idea A sepia parade presents a gathering imperial dusk, a democratic inheritance and hope for a lasting legacy By SALMAN KHURSHID Even if it was difficult, the shifting of the capital of British India from Calcutta to Delhi was perhaps inevitable. The unexpected proclamation by King George V at the end of his grand coronation durbar was a decision that had a far-reaching effect. Many historical and fictional accounts of the period between 1911 and 1931 capture the atmosphere of the times but this meticulously researched photographic record of the transformation of Raisina Hill into the seat of the imperial government is rewarding for both Delhi-wallahs and others. Read more: http://bit.ly/1he2Duf