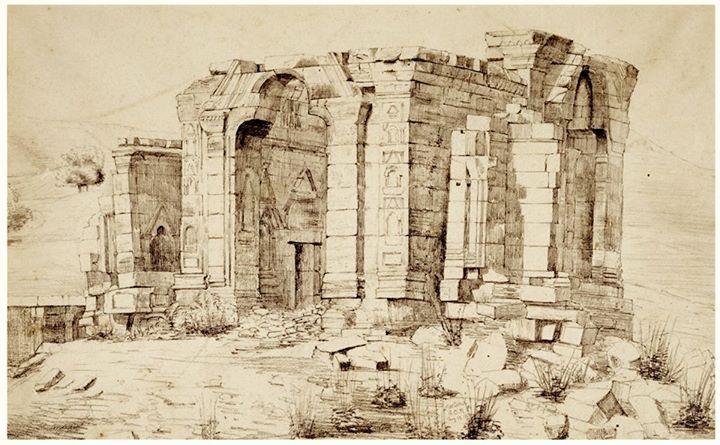 Image:
The picture shows the Temple of the Sun (Surya Temple) at Martand in Kashmir and is one of a collection of pencil sketches that Rybot made in Kashmir and the Punjab. This Hindu temple is situated on a lofty plateau above the central valley of Kashmir and was erected in the 8th century during the reign of Lalitaditya (c.724-60), the most powerful monarch of the Karkota dynasty. It is noteworthy for its blend of classical Indian architecture and features, such as the gabled roofs, characteristic of the western Himalayas.