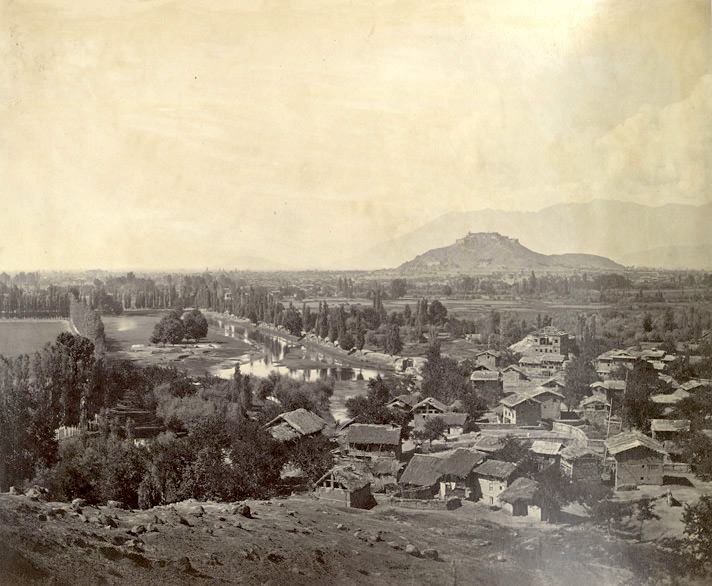 Image:
This photograph was taken by Samuel Bourne in the 1860s as part of an album entitled 'Photographs of India and Overland Route.' The Kashmiri capital of Srinagar has had a turbulent political history. It origins lie in the third century BCE, founded under Emperor Ashoka. It was subject to Hindu rule until the fourteenth century when Muslims conquered the area. It was part of the Mughal Empire in the medieval period and in 1814 came under the Sikh Empire of Ranjit Singh. The British defeated Ranjit Singh and installed Gulab Singh as the independent ruler of Kashmir following the treaty of Lahore in 1846. His descendants ruled Kashmir under the vigilance of the British until 1947.