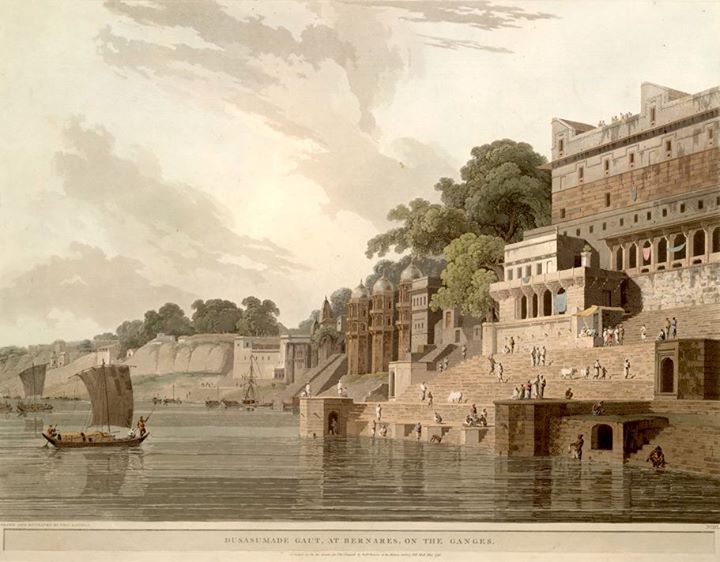 Plate 16 from the first set of Thomas Daniell's 'Oriental Scenery.' Dasasvamedha Ghat is one of the five most sacred places of pilgrimage in Benares as it is believed that it was here the god Brahma performed ten ('das') horse-sacrifices ('asva-medha') for king Divodasa. A horse-sacrifice was the most powerful of all royal sacrifices in ancient India. The ghats are stepped banks along the Ganges where crowds of pilgrims come every day to bathe in the sacred waters. (The lack of crowds here reflects Daniell's aesthetic rather than the reality of India in 1789.) Beyond the ghat is the Rana Mahal or Benares palace of the Rana of Mewar, with little beyond that was yet built on. This city of ritual and tradition with its picturesque architecture and scenery was one of the favourite spots of the British in India.

The Ganga Trail by Jagmohan Mahajan is a nice compilation of the art works of this era ( http://books.google.co.in/books/about/The_Ganga_Trail.html?id=4jhuAAAAMAAJ&redir_esc=y )