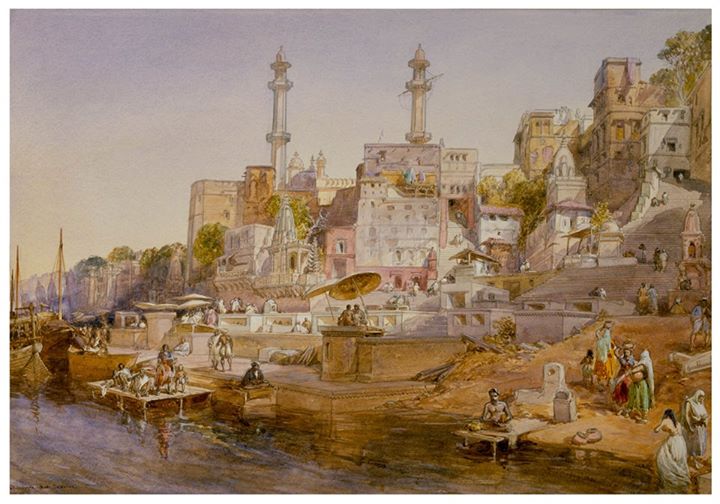 The watercolour depicts the Mosque of Aurangzeb and Panchganga Ghat from the Ganges.

This painting shows The Mosque Ghat in Varanasi (Benares), whose reputation as a sacred city for Hindus is demonstrated by its busy waterfront, where pilgrims undergo ritual purification in the River Ganges. The ghat (a stepped bank for bathing purposes) is one of more than seventy along the sacred river.