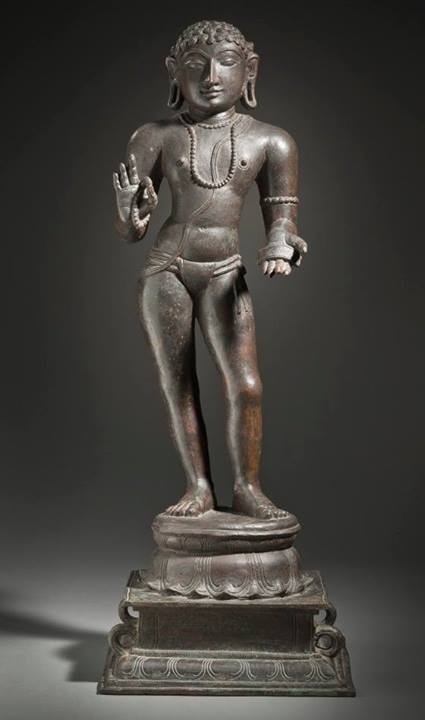 Digital Rare Book:
The Tiruvachagam or, Sacred utterances' of the Tamil poet, saint, and sage Manikka-Vachagar
The Tamil text of the fifty-one poems, with English translation.
By Rev. G.U. Pope
Published by Clarendon Press, Oxford - 1900

Manikkavacakar, the 9th century Tamil poet has composed a hymn on the daily arrival of the two sacred vultures (referred by him as Eagles) at the temple of Tirukazhukunram some 1200 years ago!!

This is one of the places which the Sage is said to have visited before seeing Cithambaram. It would appear that here he had some peculiar manifestation of the god, who had revealed himself to him in Perun-turrai. It is open to conjecture that the Guru, whom he regarded as Sivan manifested in the flesh, resided there, or at least was a constant visitant. The place itself is a renowned Saiva shrine, and has its own legend, a considerable poem of 832 quatrains. This is of recent origin, and, I should suppose, of small authority. It states that the original name of the hill was Veda-giri, or the hill of the Veda. It is said to have four hills clustered together, each being one of the four Vedas, while the central peak, which is of basaltic formation, is Sivan Himself in the form of the Lingam. It is curiously stated that in Arur the god dwells for the first watch of the night, and in Cithambaram for the midnight watch ; but in Veda-giri he is always to be found. The name of the hill of the Veda was changed to that of the hill of the Eagle, because two eminent persons, having disputed an order of Sivan, were sentenced to perform penance there.

to those whose talk is of Thy thousand names
One even stream of matchless pleasure flows.

My Lord, Who once didst wipe away sore griefs,
When good and evil deeds were balanced,

(for aftermath of ill no living seed),
In sacred glories countless didst Thou come,

AND SHOW Thyself upon the Eagle's Hill."

Manikkavacakar was a Tamil poet who wrote Tiruvasakam, a book of Shaiva hymns. Manikkavasakar was one of the main authors of saivite tirumurai: his work forms one volume of the Tirumurai, the key religious text of Tamil Shaiva Siddhanta. A minister to the Pandya king Varagunavarman II (c. 862 C.E. – 885 C.E.) (also called Arimarthana Pandiyan), he lived in Madurai. His work is a poetic expression of the joy of God-experience, the anguish of being separated from God. Although he is a prominent saint in Southern India, he is not counted among the sixty-three nayanars.
- Wiki

Those in Delhi should visit the ongoing exhibition "The body in Indian art" at National Museum, Janpath. You'll get to see the Chola period ( 10th century) exquisite sculpture of Saint Manikkavasakar on display. Infact the museum poster chose this statue as its mascot, off the 400 objects on display. A glimpse on this link ( http://www.thehindubusinessline.com/features/blink/watch/body-eclectic/article5843466.ece )