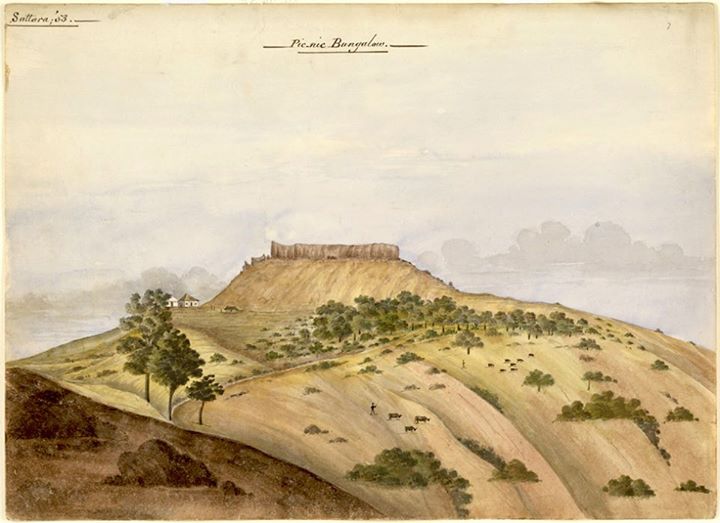 Bare landscape with fort on hilltop; bungalow at foot of hill, Satara - 1853

Bare landscape with Satara Fort on the hilltop and a bungalow at the foot of the hill completed in water-colour by George Hutchins Bellasis (1807-1862) in 1853. Inscribed on the front in ink is: 'Sattara; '53. Pic-nic Bungalow.'

Satara is situated in Maharashtra in a valley between two hills near the confluence of the Kistna and Verna rivers. The British established a cantonment here that contained the old Residency (1820) which was used in 1849 by the British colonial administrator, Sir Henry Bartle Frere (1815-1879). It has been suggested that the fort was built by the Silahara Dynasty and later strengthened by the Marathas, who made it the capital of their empire. The walls of the fort are four metres high and there are many water tanks within the fort.